You are here: Home / When I Met Oscar Oscar Wilde by W. B. Yeats 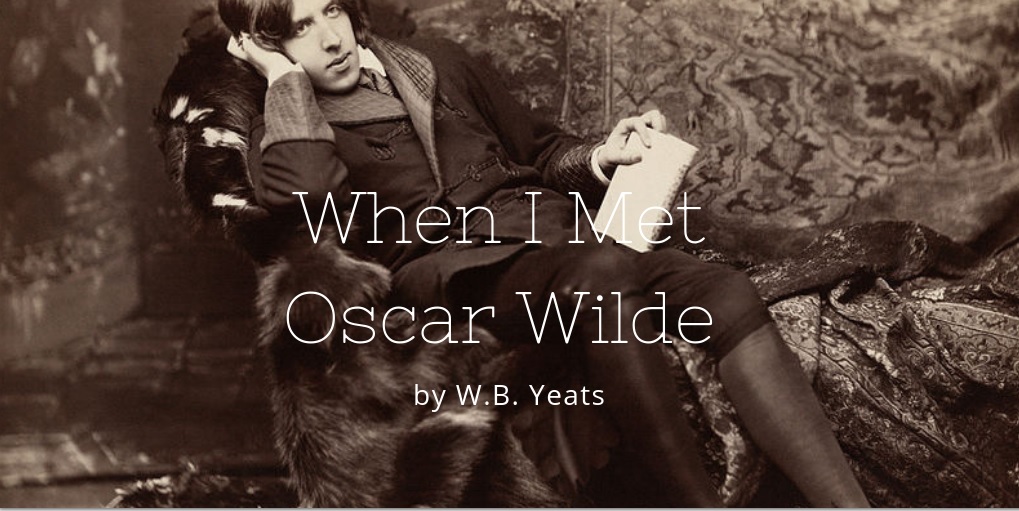 When I Met Oscar Oscar Wilde

These are wonderful pieces. This is Yeats meeting Wilde is probably one of the biggest literary meetings in history, but we forget. Writers today don’t know what it means to read the greats sometimes. They don’t know what it is to honor the past. When we look at our past as writers, we find similar experiences that help us understand the process. It can truly make us realize we are not alone.

My first meeting with Oscar Wilde was an astonishment. I never before heard a man talking with perfect sentences, as if he had written them all over night with labour and yet all spontaneous. There was present that night at Henley’s, by right of propinquity or of accident, a man full of the secret spite of dulness, who interrupted from time to time, and always to check or disorder thought; and I noticed with what mastery he was foiled and thrown. I noticed, too, that the impression of artificiality that I think all Wilde’s listeners have recorded came from the perfect rounding of the sentences and from the deliberation that made it possible. That very impression helped him, as the effect of metre, or of the antithetical prose of the seventeenth century, which is itself a true metre, helped its writers, for he could pass without incongruity from some unforeseen, swift stroke of wit to elaborate reverie. I heard him say a few nights later: “Give me The Winter’s Tale, ‘Daffodils that come before the swallow dare’ but not King Lear. What is King Lear but poor life staggering in the fog?” and the slow, carefully modulated cadence sounded natural to my ears. That first night he praised Walter Pater’s Studies in the History of the Renaissance: “It is my golden book; I never travel anywhere without it; but it is the very flower of decadence: the last trumpet should have sounded the moment it was written.” “But,” said the dull man, “would you not have given us time to read it?” “Oh no,” was the retort, “there would have been plenty of time afterwards—in either world.” I think he seemed to us, baffled as we were by youth, or by infirmity, a triumphant figure, and to some of us a figure from another age, an audacious Italian fifteenth century figure. A few weeks before I had heard one of my father’s friends, an official in a publishing firm that had employed both Wilde and Henley as editors, blaming Henley who was “no use except under control” and praising Wilde, “so indolent but such a genius”; and now the firm became the topic of our talk. “How often do you go to the office?” said Henley. “I used to go three times a week,” said Wilde, “for an hour a day but I have since struck off one of the days.” “My 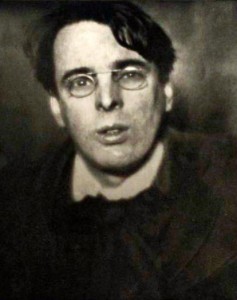 God,” said Henley, “I went five times a week for five hours a day and when I wanted to strike off a day they had a special committee meeting.” “Furthermore,” was Wilde’s answer, “I never answered their letters. I have known men come to London full of bright prospects and seen them complete wrecks in a few months through a habit of answering letters.” He too knew how to keep our elders in their place, and his method was plainly the more successful, for Henley had been dismissed. “No he is not an aesthete,” Henley commented later, being somewhat embarrassed by Wilde’s Pre-Raphaelite entanglement; “one soon finds that he is a scholar and a gentleman.” And when I dined with Wilde a few days afterwards he began at once, “I had to strain every nerve to equal that man at all”; and I was too loyal to speak my thought: “You and not he said all the brilliant things.” He like the rest of us had felt the strain of an intensity that seemed to hold life at the point of drama. He had said on that first meeting “The basis of literary friendship is mixing the poisoned bowl”; and for a few weeks Henley and he became close friends till, the astonishment of their meeting over, diversity of character and ambition pushed them apart, and, with half the cavern helping, Henley began mixing the poisoned bowl for Wilde. Yet Henley never wholly lost that first admiration, for after Wilde’s downfall he said to me: “Why did he do it? I told my lads to attack him and yet we might have fought under his banner.”