You are here: Home / Entertainment / Why superhero movies are so popular? 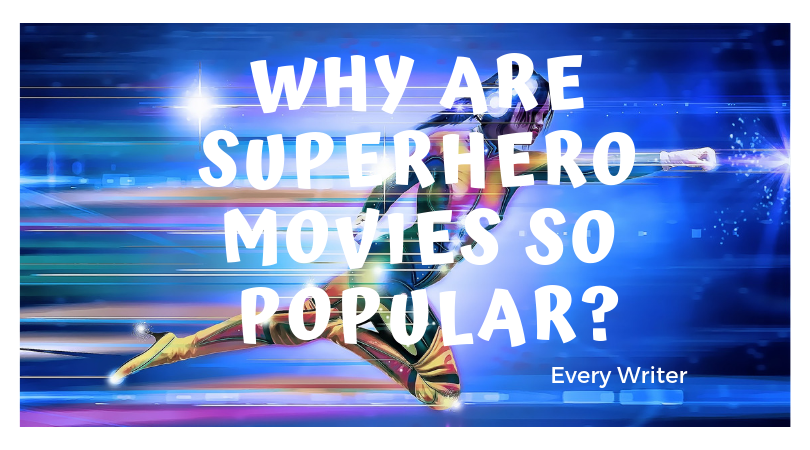 Why superhero movies are so popular today.

Some people love comic books. They are crazy for them, but many more people are enthusiastic about superhero films than anyone anticipated. Their popularity keeps growing. Four of the top 10 grossing movies of all time are recent marvel superhero films. Avatar and Star Wars are also on the list, and they could be argued to be hero movies as well, so that is 6 of 10 of the top films of all time, are superhero movies, why?

Why do people go to the movies?

This is my theory about why people buy a ticket and go to the movie theater. We all have tvs in our homes. Many of us have very large high resolution screens that can easily rival going to the movies. Why do people still go to the movies? Last year, Avengers Infinity War was made the 4th highest grossing movie of all time, so we know at least for this movie people are still buying tickets. Why not just wait a few months and watch the film on a home screen?

I think it’s simple. People are looking for an event. We are bored. We sit home and watch tv all the time, so we go to the movies for an event. That event can be a date night, which is generally a non-special effect, none hero film, que the music from this years A Star is Born, and you have date night. So you might look to movies to be your date event, but I believe people are also looking for what I call a spectacle. Our movies, our special effects movies, are the same as the circus of old. We are looking for something that dazzles our eyes in a theater, basically a spectacle.

This spectacle has to be well done though. A bad spectacle is worse than no spectacle at all.

More Than One Theory

Maybe you don’t agree with me. You think that people watch movies or read stories for things like character or for feeling connected to your peers or to the world. I don’t think you would be wrong in thinking this. Most of the time we need characters to connect with. Look at the top 10 most watched TV shows of all time. MASH, Cheers, Seinfeld, Friends, Magnum P.I, The Cosby Show, All in the Family, Family Ties, Home Improvement, and Frasier. These are the highest watch last episodes of tv shows in history in order. They do not have any special effects, they do not have spectacle at all. They are an event, but people are watching these shows to see how the characters end up. They watched these shows for family, for friends, for relationships and for character development.

TV and Movies are so different?

We see that in TV people are watching character development and relationships, and in movies people are going for an event? This is partially true. In a movie people want to be dazzled, but if you look deeper at the most popular movies, like number 1 Titanic, you see that people want eye candy when they go to the movies, but they also want character development and relationships. Titanic is the perfect mix, even if you don’t like the movie. Even if you don’t think the story is very good, you have to agree that characters are thrown into the center of a special effect spectacle. It’s certainly an event movie, and characters and relationships play a big role.

First have hero stories always been this popular?

Movies have only been around for about 100 years. Before 1977 and the appearance of Star Wars the highest grossing movies were not special effects spectacles. The technology didn’t exist to have believable space operas, so Gone with the Wind, The Sound of Music, The Ten Commandments, and Doctor Zhivago were the highest grossing films. Each of these films are somewhat spectacle films. There are some sweeping scenes in Gone with the Wind, and for 1939, audience hadn’t ever seen anything like it.

The Ten Commandments was the same. It had scenes that amazing views and drew them in large numbers to the box office.

These kinds of spectacles, these early special effects would have drawn the people to the movie event, but the characters and relationships would have made them connect to the movies.

So why are superhero movies so popular today?

Many people complain that superhero films are too big, or taking over. First, it’s not superhero movies that are killing independent films. Streaming services like Netflix and other TV channels, Stars, Showtime, HBO, are buying up Indy films and series, so we are not seeing so many made, and let’s not forget, our TV screens are eye popping at this point. Sometimes it’s better to watch the movie at home than in the theater, especially when it is an art house film. If it is not an event, in this era, there is little reason to see the film at the theater. Superhero films are not killing the movies.

Superhero films are not well done, and their character and stories are unreal, unbelievable and the movies are poorly written. Ok, I will agree that superhero films are not Citizen Kane, or National Book Award material. If you look at our requirements for a high grossing film, you have to have spectacle and you have to have character development and relationships. You DO NOT have to have deep meaning or extraordinary commentary on the human condition. These movies are watchable, fun, larger than life, and their characters and relationships are not done is a way that pulls us out of the story. The movies are spectacular, the stories are ok, but that’s all you need. If I want an arthouse film I will buy that film on my streaming service and watch it on my 4k TV, then stop, rewind, examine. Arthouse films may be great, but they are not events. Without a spectacle, why do I need to watch them on the big screen? Superhero films have a good story and are larger than life, and they need to been seen on the largest screen available.

If you don’t agree with me, or if you do, leave a comment. Also, trying answer this question, why are there so few arthouse TV shows? Twin Peaks leaps to mind, but not many more….