You are here: Home / Classic Articles on Writing / Authors who Built a Modern Christmas

Authors who built a modern Christmas 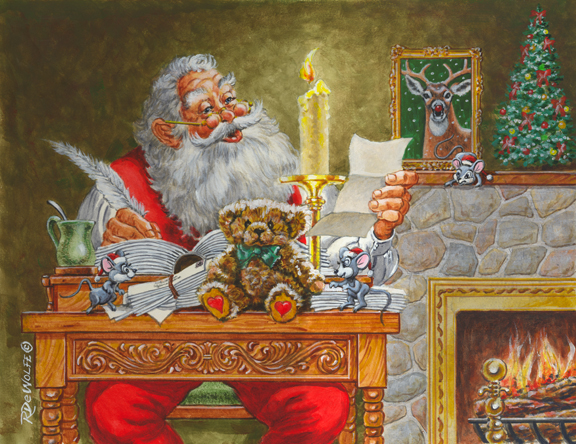 A Visit from St. Nicholas a.k.a. T’was the Night Before Christmas is probably the single biggest influence of our image of Santa Claus and the current holiday of Christmas. Moore’s poem written in 1823 encapsulates everything we think of Christmas today. St. Nick coming down the chimney, coming on Christmas Eve, his reindeer and his image are all of from this single poem.

Dickens was trying to get Christmas off the ground. He was shooting for the helping and giving side of Christmas, being that is was so pleasant to live in England in 1843. Dickens, as well as the rest of the country, were trying to put together a traditional Christmas.  In a Christmas Carol Dickens set the standard for giving and forgiveness on Christmas.

In 1809 Irving published a series of stories that parodied the early Dutch living in America. Among those stories, he wrote of Christmas. He wrote of St. Nick coming over a hill in a wagon years before Moore ever dreamed up his poem. Irving portrait is most likely one of the biggest influence on the writers who wrote to build a modern day vision of Christmas. He got the ball rolling.

The 1800s saw the invention of our modern day image of St. Nick, but the 1900s began shaping the way we behave at Christmas. The first story like this, in 1905 was The Gift of the Magi. It has been published in about every middle school anthology published for the last 50 years. The story shows what American “loving” giving is all about. It also carries the notion that we sacrifice for Christmas through consumerism for Christmas.

He created the nuisance of Christmas time by writing about a Christmas tree and even creating the holiday ornament the Pleated Christmas heart. His writing had a great impact on the holiday. Living in the moment, would be an example of an idea that has grown out of his work.

Yes, the Grinch Who Stole Christmas published in 1957 has had a major impact on how we see the true Christmas. Seuss of course taught us that too much giving and spending really isn’t what Christmas is about. The underlying caring of Christmas, that thing Black Friday can’t touch, the look on the kids’ faces, is what Seuss set the standard for.

Ever heard of Shep. Many haven’t, but Christmas would be Christmas without the notion that Christmas is about the dreams of kids and what they might never get for Christmas. Shep wrote a book called In God We Trust: All Others Pay Cash and later one of the stories in the book was adapted into the Christmas classic A Christmas Story. Ralphie in the movie of course has influenced all many with his idealized 1950s Christmas. In some ways people in the 2010s are just aspiring to be that innocent again. It’s American lore.

@realeverywriter Yes. Both are equally sparkling and witty and intelligent. But I've always been fascinated to see that many extraordinary writers are completely inarticulate, can barely get three coherent words out of themselves. A mystery to me.

@realeverywriter Not even close haha. I write in a completely different way than I speak.

@realeverywriter If literary fiction means exclusion, how can it be diverse. Genre fiction mean inclusion then genre is more important because it has something to say to everyone.

@realeverywriter No, I'm unreliable enough. If I used unreliable narrator, we'd never get the story finished. He'd be off telling lies and I'd be drunk in the bath.

Do you think there is a bias against genre writers not being "serious" writers?

Do you think literary writing is more "important" than genre fiction?

Do you ever use an unreliable narrator?

When you write a scene do you have simple notes, or do you know everything that will happen before you write it?

Do you write your books chronologically?