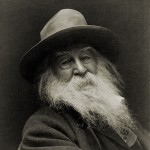 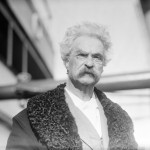 This interview is from Hartford Daily Courant from May 30th 1888. Twain would have been 53 years old. He had just finished a new book. SHERIDAN’S MEMOIRS. Mark Twain Has the Book in the Works – The General Completed the Story Two Weeks Ago. AN INTERESTING INTERVIEW. A reporter for THE COURANT found Mark Twain […] 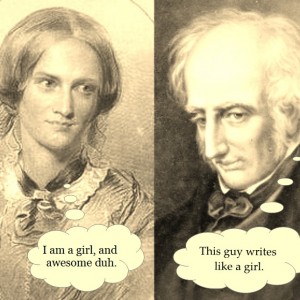 So from time to time we love finding things like this. It’s a little piece of history, and it makes us chuckle to think that context is everything. We think writers should know history, and I think it makes us feel closer to long dead famous writers who might have experienced a little adversity too. […]

We once in awhile, these days, like to publish an historic piece of writing that we find interesting. Twain’s take on writing a bicycle qualifies. We hope you enjoy this piece. It is in the public domain, and it made us laugh. 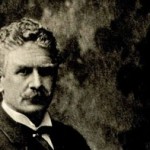 In 1909 Ambrose Bierce famous for many of his works including An Occurrence at Owl Creek Bridge wrote a piece of advice to writers titled “Write it Right.” The piece starts with some words of wisdom to the writer and then is followed by a long “

The. time when the intellectual affairs of America could be conducted on a monolingual basis is over. It has been irksome for long. The intellectual life of London is dependent on people who understand the French language about as well as their own. America’s part in contemporary culture is based chiefly 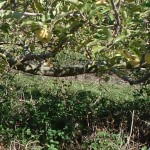 So much for the more civilized apple trees (urbaniores, as Pliny calls them). I love better to go through the old orchards of ungrafted apple trees, at what ever season of the year,—so irregularly planted: sometimes two trees standing close together;

To interest readers is obviously the prime object in all popular writing. The basis of interest in the news story, the special feature article, and the short story is essentially the same. Whatever the average person likes to hear and see, whatever gives him

A Happy Hour’s Command by Walt Whitman Down in the Woods, July 2d, 1882.-If I do it at all I must delay no longer. Incongruous and full of skips and jumps as is that huddle of diary-jottings, war-memoranda of 1862-’65, Nature-notes of 1877-’81, with Western and Canadian observations afterwards, all bundled up and tied by […]

Growth, Health, and Work by Walt Whitman I develop’d (1833-4-5) into a healthy, strong youth (grew too fast, though, was nearly as big as a man at 15 or 16.) Our family at this period moved back to the country, my dear mother very ill for a long time, but recover’d. All these years I […]