You are here: Home / Poetry / Inanimate Objects by Louis Gallo 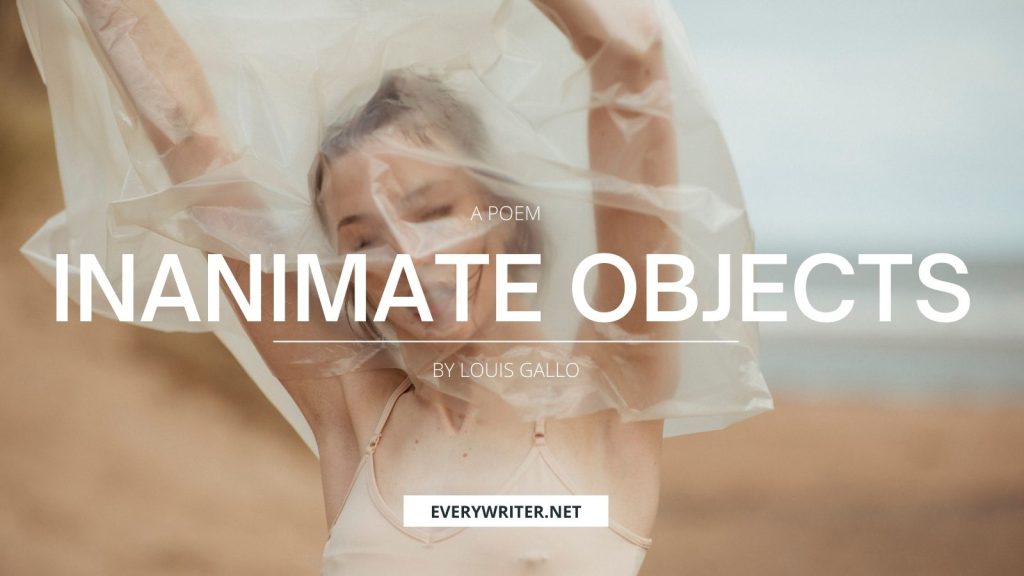 Notice how they often don’t comply,
that you drop them or knock into them
or can’t get them open or closed
or find them (and if you do they’re broken)
and however else they rebel against
your ardent desire.

Shamans tell us
that even rocks possess a smidgen
of consciousness, of spirit, which
convinces me that the inanimate
knowingly thwarts us, that it’s not
a matter of their failures at being
themselves but rather an intentional
refusal to obey and acquiesce to
our grandiose schemes and designs
to reduce them to subservience.

So now I understand
that the plastic wrap encasing a product
(requiring a blow torch to rip apart)
simply doesn’t want its sovereignty
imperiled. No servility! it cries.
Nevertheless, I split it to shreds
if only to let it know who’s in charge.

Four volumes of Louis Gallo’s poetry, Archaeology, Scherzo Furiant, Crash and Clearing the Attic, are now available. Why is there Something Rather than Nothing? and Leeway & Advent will be published soon.  His work appears in Best Short Fiction 2020. A novella, “The Art Deco Lung,” will soon be published in Storylandia.  National Public Radio aired a reading and discussion of his poetry on its “With Good Reason” series (December 2020).His work has appeared or will shortly appear in Wide Awake in the Pelican State (LSU anthology), Southern Literary Review, Fiction Fix, Glimmer Train, Hollins Critic, Rattle, Southern Quarterly, Litro, New Orleans Review, Xavier Review, Glass: A Journal of Poetry, Missouri Review, Mississippi Review, Texas Review, Baltimore Review, Pennsylvania Literary Journal, The Ledge, storySouth,  Houston Literary Review, Tampa Review, Raving Dove, The Journal (Ohio), Greensboro Review,and many others.  Chapbooks include The Truth Changes, The Abomination of Fascination, Status Updates and The Ten Most Important Questions. He is the founding editor of the now defunct journals, The Barataria Review and Books: A New Orleans Review.  His work has been nominated for the Pushcart Prize several times. He is the recipient of an NEA grant for fiction.  He teaches at Radford University in Radford, Virginia.