You are here: Home / Featured / Think Fast By Doug Elwell 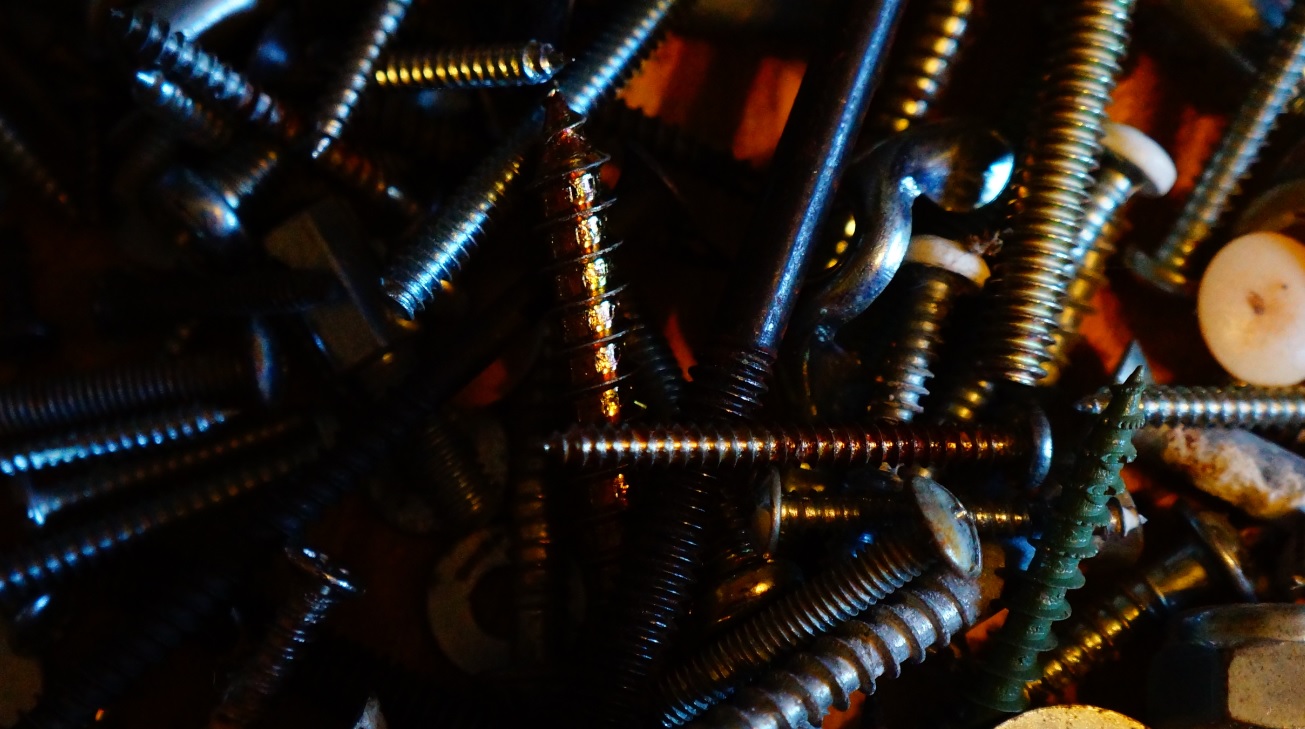 “C’mon boy—high time you started earning your keep around here.”

The old man led me out to the garage and put a three pound coffee can on the bench in front of me; full of years of old screws, nuts and bolts, had to weigh ten pounds. It was one of the old style cans you opened by winding off a strip of tin around the top with a key that had to be broken away from the bottom. It was like winding a clock to open one of those cans. The top edge of the opened can was knife sharp.

“Sort the nuts, bolts and screws by size and put ‘em in these baby food jars.”

He went back into the house.

I emptied the can onto the bench and sorted all screws then all nuts then all bolts. Then I went back to the screws, sorted them by size, then the nuts and so on. I talked to myself to block out the shouts and laughter and the wooden thump of bikes as they jumped over plywood ramps in the street, took me about an hour.

Finished, I went to the house, “—all done—can I go play now?”

I knew what that meant; didn’t say anything. I went back to the bench to get some more baby food jars out. He stood on a stool at the opposite wall. I wasn’t paying attention because I knew he was fishing for another coffee can.

I looked up, saw a coffee can in midair coming toward me too late. The edge of the brim hit me on the bridge of my nose between my eyebrows, laid it open. Blood flew everywhere as I went down to my knees. I put my hands on the floor in front of me and watched it gush out of my head into a pool.

“You dumb shit; you’re supposed to catch it.”

###
Doug Elwell is a native Illinoisan, born in Chicago, though that didn’t last long. At two he woke up one morning on the prairie in rural downstate. Much of his writing explores the influence of geography and community in people’s lives. He went to college then the military then back to college. After that circuitous odyssey he worked for a long time then retired. Doug can be contacted via email at: djelwell@mchsi.com.