You are here: Home / News / The Great “Copyright” (Freedom of Speech) Debate 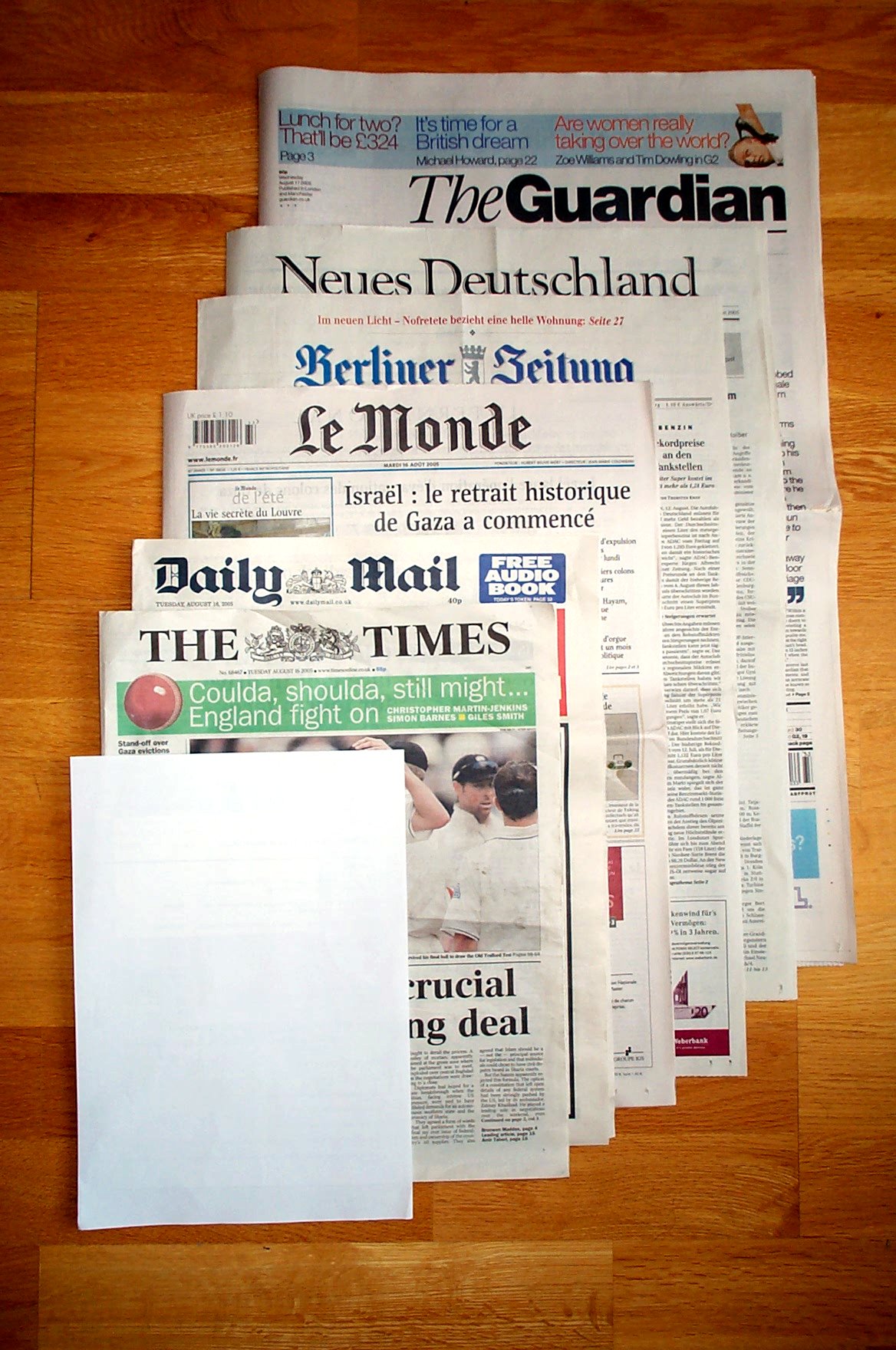 Editors Weblog.org has an interesting article: “Us: The great copyright debate” and other sites are coming out reporting editors calling for new laws. Read this above article, I think it is going to impact everyone on the internet.

When you begin to change copyright laws, you change the whole game. There is talk about changing the law to stop everyone from linking to other site, and then there is talk about some middle ground. I don’t think that media aggregators should crunch up all the news and then take all the readers, and newspapers do have a right to get readers for the content they produce.

On the other site, I think sites, like ours, should be allowed to link to topics and then talk about those topics. You’ll see on this site that we try to get people to read the articles we link to. I think the reporters there have done a lot of hard work. People should read what has been written.

But, if we change the copyright laws I think we are all in for trouble. I want to say upfront that I love newspapers. I read them, I subscribe, and if I read them online I try to give them a full read.

That being said, linking on the internet isn’t the real problem here. If news aggregators didn’t link to newspapers, they wouldn’t get any traffic at all. If they weren’t indexed in Google it wouldn’t matter either. They would only be dealing with the news they are publishing in the real world, not here on the net. They would still be hurting to get readers.

The only way that the internet affects newspapers in through competition. I don’t care what anyone says my local paper cannot compete with the NY Times or other large newspapers when it comes to nation news, nor CNN or any other large news outlet. That’s where the real problem is, not in people taking their content. I would bet taking news content is a very small part of the problem, otherwise they would still be doing just fine in the real world. They’re not.

Take the AP. I can read AP content all night and all day online, and I read the stories 12 hours before they hit the front page of my local paper. Local news isn’t the problem here. We are not talking about news that happens in one city and no one reports. We are talking about overseas and national news that has been “regurgitated” to use a phrase from the above article, for years.

I’m not going to go online to a news aggregator and find a local story about new construction in my town. If I do it’s going to take me to the story written in my local paper. Not a thousand blogs or other sources.

Would bloggers be able to repeat what has been said on CNN or other news networks? Could news sources say, CNN is reporting, could CNN say Dallas News it reporting? It goes on and on, and it’s just an effort here to keep the Gatekeepers in business. The truth is competition has gotten fierce. People are doing the same thing that they have been doing for 200 years, “Did you read that story in the…, I think it’s…”

The truth is, they are using copyright here in place of another phrase, “Freedom of speech.” Newspapers have been using freedom of speech for years in their own interest, but now that it doesn’t all go their way they want to cry fowl and say that people are limited to what they can talk or write about. How are they going to change the laws so that people can’t paraphrase their content? Again, it’s not copyright laws they are talking about. I want to promote newspapers and magazines and the printed word, but I can’t see limiting people by saying they can’t say, “The LA Times is reporting..” just for the sake of making money for newspapers and magazines.

Newspapers are made to bring you news that happened yesterday, and today’s world is about today’s news. You can change all the laws you want, but that fact will never change. The internet is not going away.

What about medical news and studies? Can you site a medical story? Is one medical story “paraphrasing” another a breach of copyright law? Does every study have to start over from the beginning?

I think newspapers need to find new ways to make money instead of making that money off a dead model. Could newspapers go to a 24 hours news cycle like everyone else? Could reporters write stories night and day? Shouldn’t a news division have a night shift? All other news outlets do, or are newspaper reporters still finished at 5 or 6 or 7?

The definition of insanity is doing the same thing over and over again and expecting a different result. Newspapers have been doing it the same way for the last 200 years. It worked great for awhile, but now their model needs to be changed. I think before we go changing the rules to throw us back to when we lived under a king, they should really try to do things differently.

Most newspapers still aren’t devoted to their websites. Are you telling me that one blogger out their like John Chow or Heather B. Armstrong can make $500,000 a year on their sites all by themselves, but news organizations with 50, 100, 500 people can’t figure out a way to make money online? Check out the Alexa rating for Dooce.com and then check it against your local paper and see which one comes out on top. The fact is individual bloggers are utilizing, monetizing, and promoting their blogs much better than newspapers outlets are. CNN isn’t complaining that people are taking news from their site or broadcasts. They promote their site everywhere almost as much as their station.

I recommend that everyone read a newspaper, but if the story you are reading on the front page is the same AP story featured on Yahoo last night, I think you have every right to put it down and walk away.

The only newspapers that will survive if they change the copyright laws to stop linking are those that allow everyone to link. The real trouble is that they are running an 8 Track business in a CD world. If they don’t want to change it, they shouldn’t be allowed to change the rules. They certainly shouldn’t be able to change the constitution and call it “Copyright” infringement.

At the heart of this, the newspaper businessmen and women are selling out the morals newspapers have held, protected and died for, for the last 1000 years. Since Gutenberg printed the Bible people have been trying to limit what could be printed or shared. At the same time there has been a group of people, many times call themselves reporters, willing to fight against that type of repression. It’s sad to see that newspapers are willing to sell out those rights and standards to save their own butts instead of making some hard and inventive choices and reinventing the way people read the news.