You are here: Home / Family Story / A Friend Indeed by Sue Buckwell 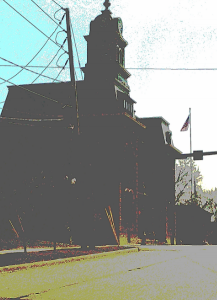 As brand new elementary school teachers, Faith and I bonded when we discovered, in mid-September, that we hated children and agreed that if we ever again encountered our respective high school guidance counselors, we would do them serious bodily injury for suggesting that we might be well suited to careers in education.

To mitigate our wretchedness, we took to meeting every Friday afternoon for happy hour. On those occasions, we participated in lively discussions regarding which of our pupils we believed would be first to commit felonies, first to stuff cocaine rather than fingers up their noses, first to deliver bastard children before completing middle school. And when we were drained of the vitriol our young charges inspired, we were content to while away the afternoons feasting on mountains of barbecued meatballs, stacks of fiery Buffalo wings and basket upon basket of the oil soaked popcorn that comprised the happy hour fare. There we would sit, immobile, save for our multiple strolls to the hors d?oeuvre table and our hands that traveled languorously from plate to mouth.

However, the proprietor of our usual watering hole soon realized how much our patronage was costing him and began seating us at tables so distant from the snacks that traveling from one to the other became onerous. So as our dimensions broadened, so did our horizons. We sought out new dining establishments where the drinks were cheap and the food abundant. Our quest yielded a plethora of eateries so enticing we took to meeting not just on Fridays, but every day of the week. So I endured my daily incarceration with those diminutive barbarians because I knew, when the final bell sounded, Faith would be waiting.

But things began to change. Her attendance at our afternoon summits became sporadic. On the occasions when she did appear, she ignored the chips and asked for celery and carrots which she dipped parsimoniously into the guacamole, blue cheese dressing and parmesan artichoke dip. She ordered wine spritzers and Skinny Margaritas and made only a few unenthusiastic trips to the appetizer bar while I lumbered back and forth continuously. ?But my worry did not turn to fear until she began to shrug nonchalantly when I regaled her with tales of the back-talking, paste-gobbling, scab-picking savages that populated my world.

Then one day, I happened upon her whispering with the night janitor. He touched her hair and she stretched and purred like a newborn kitten. And then I knew. Here was the intruder, the trespasser, the interloper who was trying to steal my Faith. In a whirlwind of fury, I pushed her aside, grabbed the mop he held in one hand, and beat him to a bloody pulp, ignoring her screams and hardly feeling her sharp nails as they tore at my flesh.

It is only the memory of Faith that has allowed me to weather the privations of my long and arduous confinement.? That and the plans I?ve made for our reunion.