You are here: Home / Family Story / Escape by Murdock O’Mooney 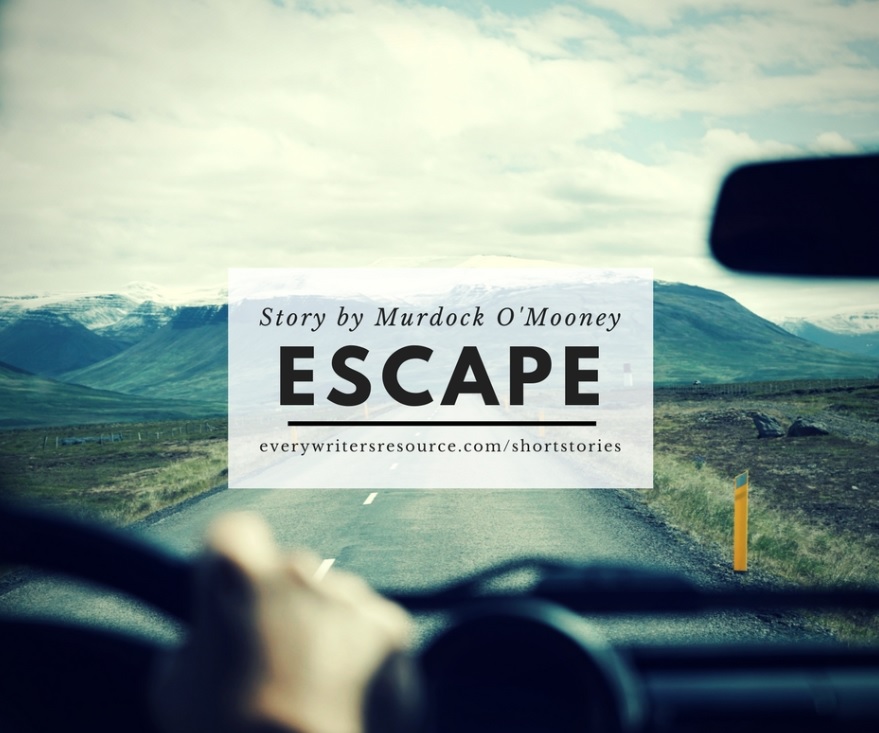 “We got to get out of here,” I tell her. She tells me she knows and that she’s waiting for the right time. “You saw what he did to Johnny- he’s got a black eye and fat lip… he’s all beat up.” She says that it’s none of our business. I stare at her like she’s stupid, though I know she’s not.

She smokes a cigarette and looks at her old blue car. She named it Faith. It made it here from Ohio. Can it make it out of here? I imagine her thinking. The dirt roads are rough and impassable when muddy. She takes the last drag and puts her cigarette out in the dirt. Her toes are wrapped in Teva sandals. She’s worn them ever since I can remember.

Later that night, I hear them having sex. It sickens me, but also excites me. I don’t want to hear, but can’t help it- we are all sleeping in the same old army tent. Including his two sons, there’s five of us.

The next day he walks outside and brushes his teeth, spitting white toothpaste all over the ground. He also urinates in plain view, with one hand on his hip. He’s the king of this domain and wants everyone to know it. He’s a coward except for the 38 Special on his right hip. The gun makes him a tough guy. He beats his kids. He’s racist. He murdered his wife and son, and although no one has ever proved it, everyone knows he did it.

We never saw his dark side until after living with him. I can tell she is embarrassed that she put us in this situation. I still love her though and have to be strong right now. I have to be the man she needs. I have to help her get away.

In the late afternoon, as the sun goes down over the high desert, we are playing. His youngest son and I get in an argument. He runs off crying to his dad. He calls me over. “Did you take his toy?” I say I did, but by accident. I thought it was mine.

He raises his arm skyward, and brings it down quickly onto my face. I fall to the dirt and begin to cry. But I don’t let him see this. I stay strong, for her. She yells and grabs him, but he hits her and then she goes down.

The next day he takes his sons to town. Her and I are left at camp. She moves quickly and loads our stuff into the car. “We’ve got to move quickly,” she tells me. “We’ll go the back way, towards Santa Fe.”

As we drive down out of the mountains, the night stars become visible. She lights up a cigarette and blows smoke out the window. “You should quite smoking, mom.” I say. “I know,” she says. “One thing at a time.”