You are here: Home / flash fiction / Confession by Lorna Wood 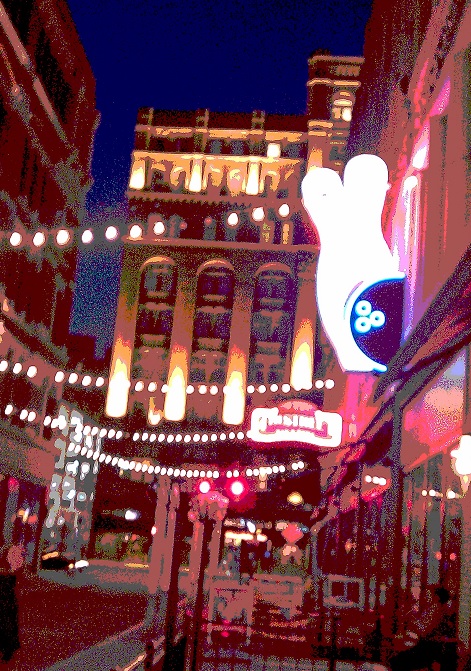 The Agency hired me so if anything went wrong they could claim I was acting on my own hook. We’d only just opened up diplomatic relations with Dokpur, and things were still delicate.

I observed her shuttling between the workers’ dormitory and the government buildings she cleaned. I figured I’d do it on her half-day off, in the city, make it look like a street crime.

Following her to a photographer’s, I watched through a window as she peeled out of her government jumpsuit and posed in a filmy green negligée, like a butterfly just out of a cocoon. I started to doubt, even though I knew better. Maybe she was just trying to escape—and who could blame her, I thought, looking around and breathing the filthy air.

The photographer was demanding payment. My Dok is not great, but I could tell he wanted more than she had. When he started to suggest, none too subtly, an alternative form of payment, I threw all my experience out the window and intervened.

We went to a café. Engulfed in the grey jumpsuit again, but with her hair still loose, she looked across the table at me with a breathless admiration that filled my head with escape plans and other air castles.

She was trying to be a mail order bride, she said, showing me a letter and a photo from an American man. They’d made a mistake about her, I thought. It wouldn’t be the first time.

I looked down at the photo and felt a jolt. It’s a small world. Not two years ago, I’d offed that guy’s wife. I had to stop this.

It wasn’t until we were in my hotel room and she pulled the gun that I realized it was a set-up.
###

I am a violinist and writer in Auburn, Alabama. I have published fiction in Blue Monday Review and poetry in Untitled, with Passengers. I have a Ph. D. from Yale University and have also published articles on children’s literature and the American Renaissance.