You are here: Home / Featured / Failure is Challengeable by Jerry Olasakinju 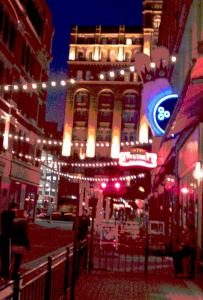 A year after his graduation from the University of Lagos in Nigeria, Desmond Adele knew exactly what he was going to do. Unlike his contemporaries who spent much of their limited resources going from one office to another doing interviews with banks, oil and telecommunications companies, looking for cushy jobs, Desmond understood that his destiny was in his own hands.

He invested the little money he had saved from his National Youth Service period on buying a popcorn machine. To sell his popcorn, he humbly sought permission from the Principal of a private secondary school ten blocks away from his home. The Principal was more than happy to support him by granting him the permission, seeing his energy and determination to succeed at all cost.

Unexpectedly, Desmond?s Use-Your-Brain Popcorn sold like hot cakes. When some secondary students came around to poke fun at his popcorn?s name?Use Your Brain, he would laugh at them and say ?every problem we have in this life can be solved if we can only try to use our brain for a second.?

Sometimes, the sun scorched his unprotected face for hours. And when it rained, it beat on him quite hard that he would begin to shiver like a hen thrown into the sea. But Desmond didn?t lose hope; he got himself a tarpaulin that had protected his popcorn machine from the pounding rain. A small umbrella helped him reduce the impact of the burning sun on his face, which had already been darker than every other part of his body.
As the quantity of the popcorn he sold per day increased, so also his profits soared. Desmond changed his method of packaging: he began to use a plastic bag instead of a wrapping paper. And he now embossed his Use-Your-Brain logo on both sides of the plastic bag, with a bright picture of a man clutching at his head with his two hands.

?I decided not to thrown away the plastic bag after eating your popcorn,? one student once told him.

?So, what did you do with it?? Desmond asked, curious about it.

?I hang it in my bedroom. And when I wake up every morning, it is there reminding me to use my brain by concentrating on my studies,? the student said.

Desmond was shocked to hear this. He could not believe he had held a psychological influence on many of the students until the Principal invited him for a chat.

?Will you please spare three hours per week to teach my students how to think creatively? It is surprising how your determination to fight hunger and feed yourself has encouraged my students to be good and hardworking,? the Principal told him.

Desmond?s fame spread to other schools in his small town. In no time, opportunities to expand his business came knocking. Within six months, he had had his popcorn marketed in five schools, with four people working for him full-time.

Jerry Olasakinju writes across all genres as a poet, novelist, essayist and playwright. His works have appeared in Taj Mahal Review, Harvest of the New Millennium and a couple of his translated poems have been broadcast on an FM Station in Japan. Jerry Olasakinju lives in Fukuoka, Japan.