You are here: Home / Horror Stories / Horror by Kelsie Stelting 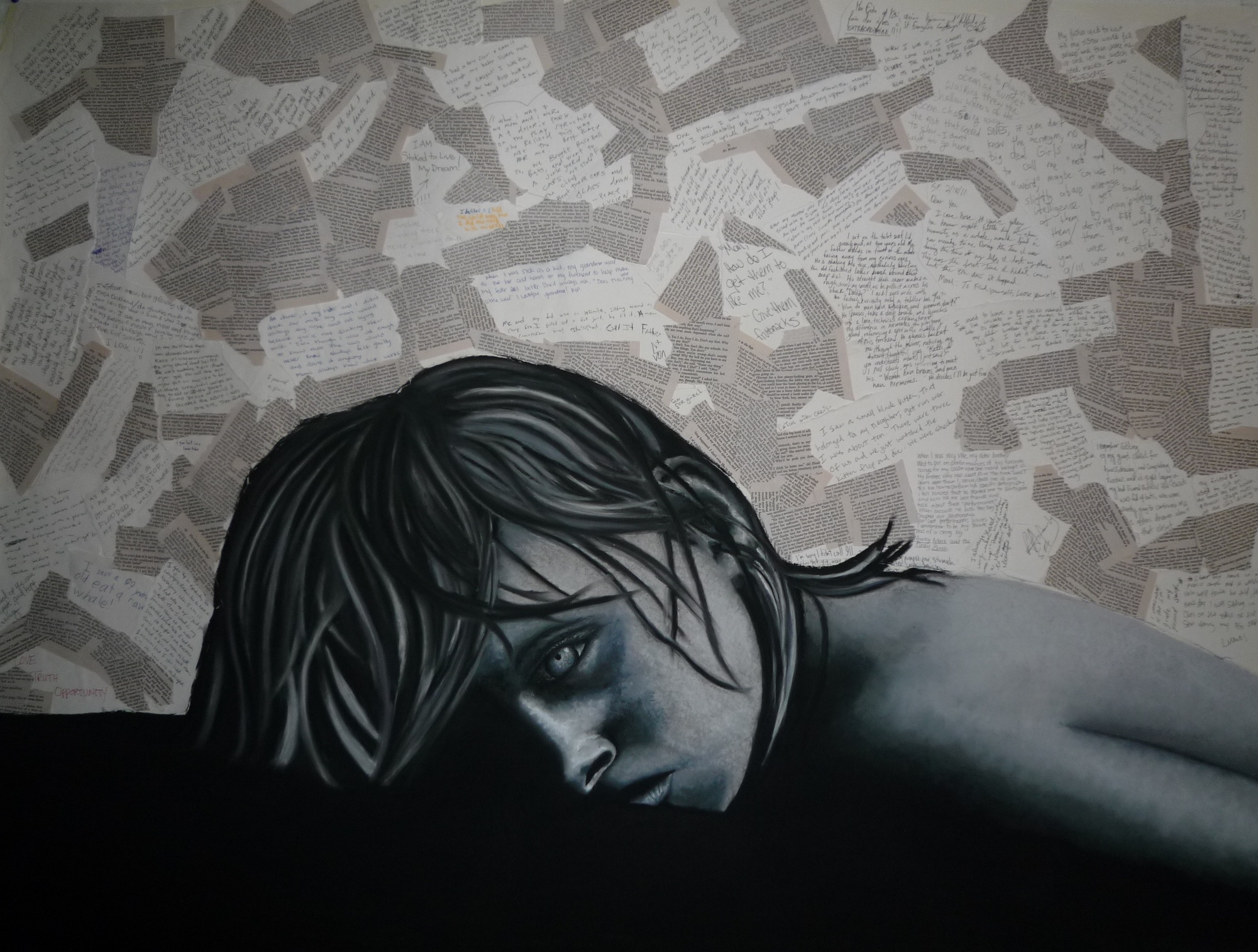 “Can’t we watch something more interesting?”

Heath wanted me to watch some documentary about the civil war that had just been released at our local movie theatre. He was always watching war movies, and I was just happy to see a mildly humorous rom-com.

“For me?” he asked, taking hold of my hand and kissing it.

I was just there for the popcorn and chocolate covered peanuts anyway.

He bought us a couple of tickets, ordered me my snacks of choice, and led me into the movie theatre, where we sat right in the middle—he had to have the best view. Within thirty minutes, Heath was on the edge of his seat, and I was bored to salty popcorn tears.

An old man on the screen was midway through retelling his father’s stories when the lights turned on and the screen went dark. Three cops rushed into the room, their guns held up and pointed toward the crowd. One was speaking into a small microphone on his shoulder.

I laughed, picturing him talking to a little devil on his shoulder.

Heath grabbed me by my shoulders and pulled me to the ground, covering me with his body.

“Which one of you has a gun,” a cop shouted. His voice was hard, but I heard it quiver on the word ‘gun’.

From my spot underneath Heath, I saw a girl across the aisle stand up and slide her gun on the floor. She held her hands up, like she was the relenting villain in a crime movie.

One of the cops darted forward and picked up the pistol, and the other two sprinted to capture her. She stood stalk still, with a bored expression on her face. They cuffed her with ease, and led her out of the theatre. The cop who had grabbed the gun stayed behind the other two and shouted to the theatre, “Please stay where you are until I give further orders.”

“Get off me,” I said to Heath, who was slowly crushing the oxygen from my lungs.

“Fine,” he said, rolling to the side.

I stood up, brushing bits of sticky candy and dust from my outfit.

“Please stay where you are until we receive further instructions,” the cop repeated, a little louder this time.

“I’m just going to go home,” I said, and started walking toward the exit.

The cop rushed forward and gripped my arm in his bony claws.

“Where do you think you’re going?” he said.

I was about to smart off with some comment about how I’d just told him where I was going when I heard a gunshot, and blood sprayed from the cops head into my partially opened mouth.

I looked to my left where the shot had come from to see a man standing with a pistol.

“Yeah, where do you think you’re going?”