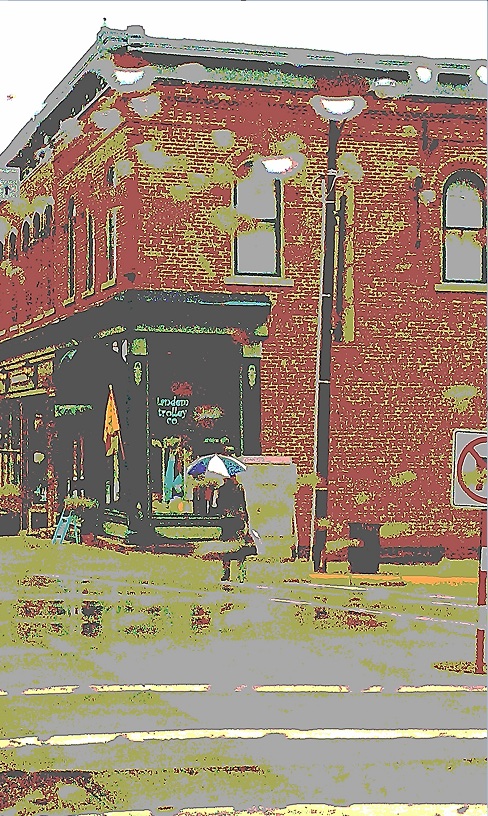 There is not a teenage girl more sheltered, na?ve, and always out of my place than me; honestly, I am from a bleak, dirt town with a population of 3,000: people never leave, mothers confine their children in doors for fear a coyote will devour one of their eight, delicious children, and going to college is like moving to the North Pole.? Aberrantly, I decided to postpone having three children until after my 19th birthday, and chose to go to college.? As soon as the tires of my car touched the smoldering, August highway, the alarm in the pit of my stomach tried to convince me I would be better off if I chose to be the dessert for the pack of wolves in my backyard, instead of venturing out in the world.? Naturally, my personality and skills were not prepared to leave this desolate town to move to a city with more than one red light, much less, attend a University.? As soon as I was out of reach of the 18 years I spent in confinement, and arrived on campus, my inexperience immediately embarrassed me.?

The instant humiliation I suffered may have waned if I had been knowledgeable of first day of school fashion.? I was ignorant of the trends of college girls, and what was popular to wear on the first day of school.? My options were limited to faded frayed denim blue jeans, pastel blouses that buttoned up to my neck, and a yellow pleated skirt.?? I decided on the pleated skirt, trying to look sophisticated, and sexy.? Briefly, I had the nightmare of my mother parading out of the closet, pinching my cheeks, and taking my picture.? One glance at my closet aroused an intense trepidation.? I violently through on my yellow pleated skirt; I had to escape my nightmare before something jumped out of my closet.

The image of my mother and her camera was so frightening that attention was not given to the remainder of my outfit, and my panic ignited my adrenaline until I was sprinting to campus.? My eyes caught a view of the archaic History building, and finally, my horrific hallucination diminished.? As soon as, the tension in my shoulders and neck began to loosen, and I could regain my composure, nature decided to ruin my first day of school.? The immense trees, seeing the inundation of books in my arms, united and created a gust of wind that sent my skirt swirling up to my nose.? As the hem of my skirt tickled my nose and snapped me out of my first day of school reverie, I realized I was still wearing my once a month, oversized, beige panties.?

I immediately began to castigate myself for my indolence in unpacking my clothes, as if I had any panties that did not resemble the color of my great aunt Martha?s leathery skin, when I heard snickering. My ears rose, like a Chihuahua preparing for combat, listening for details of the snickers.? My arms crumbled at the embarrassment I was about to encounter and I realized my ears were overflowing with male laughter.? The sound ringing from outside of me melted my stance that was frozen with humiliation, and forced me to open my eyes.? Instantly, my focus was locked on the snow white teeth of three boys.

The intensity of their roaring laughter awoke my trance, and I immediately retrieved my books.? My mind raced and vacillated with fantasies of retreating to the austerity of my hometown and censuring my mother for not preparing me socially. My humiliation quickly told my mind that I was out of place at this university.? However, as I turned to retreat, I heard one of the boys say: ?Wow!? Isn?t she like Marilyn Monroe??? The comparison to such an icon enticed me to reconsider my surrender.????
###
Courtney Smart is a licensed professional counselor intern in Texas. She holds a Bachelor’s degree in public relations and a Master’s degree in counseling.? She enjoys diving into and analyzing the workings of people’s minds, including her own, in hopes to help people express their true selves creatively.? In Courtney’s own journey at self discovery, she discovered her love for creative fiction writing, and has found it to be the best medium for her true self’s expression.? Courtney is new to fiction writing. She spends her time journaling and creating dynamic characters and plots for future stories.