You are here: Home / Horror Stories / Monday the 28th of August 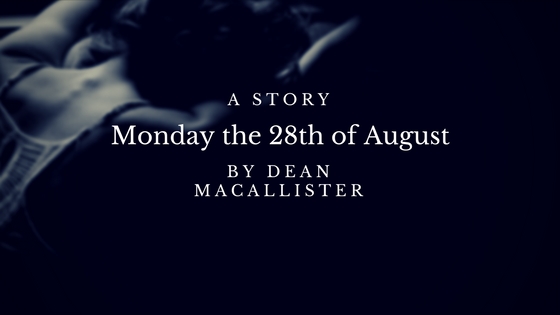 Monday the 28th of August

Today is the worst day I have ever experienced. But it’s not over yet. It’s not going to end for thousands of seconds.  Thousands of raw, grating seconds.

I know, I’m the one with the problem. Not you. You have coping mechanisms. Your brain has worked out that to experience every second of every day would quickly lead to insanity. You are capable of distraction. You have work, hobbies, families, TV shows, internet, barbecues, sport, bills, holidays, social media and relationships. If you don’t have enough of your own problems you latch onto the problems of others, suffering vicariously, or if that doesn’t suffice you invent new problems, living in a world you build in your mind rather than the one that you exist in.

I’m not attacking you, don’t get me wrong. I want what you have. Maybe I don’t have the right mix of chemicals. Maybe I am too self-aware. I have a decent IQ, maybe that just adds to the problem. They say that the line between genius and insanity is thin. Although it could be just lucidity that they are talking about. The pain of feeling yourself wearing your skin as a suit. The boredom of counting of your breaths. The monotonous rhythm of your heart. The horror of feeling time itself as it simultaneously exists and does not.

Your lips aren’t moving, but I can see what you want to say. Drugs and sleep.  And I agree. Unconsciousness is probably my only hobby. But it ends. No one pays you to sleep. Doctors are reluctant to place volunteers into comas. I wouldn’t want to ask them anyway. They would probably just lock me up in a self-harm-proof room if they knew what I feel. Then time itself would double. Every second would feel like two. Every minute, hour, day, month and year would stretch out without end.

I am living through a sort of reverse insomnia, I guess. Where the painful part is not the lack of sleep, but the exhaustion of being awake. I feel no connection with the people around me. They are other entities, other planets in orbit that I can see but cannot understand.

I don’t want you to think too much about this. I sometimes worry that even breaching this subject might make my condition contagious. Like a tune that you hate that gets stuck in your head. An ear-worm. A bad idea that can’t be forgotten. A verbally transmitted disease that would snap you out of the fog of comfort that you enjoy and pull you out screaming into the harsh light of reality.

Even by letting you know all this I have only wasted a couple of hundred seconds and this day has still not ended.  But today is only my penultimate fear. Do you want to know the worst part? The thing that scares me the most? The name of my most extreme phobia and inevitable fate?