You are here: Home / short story / Starburst by Shashank Mane 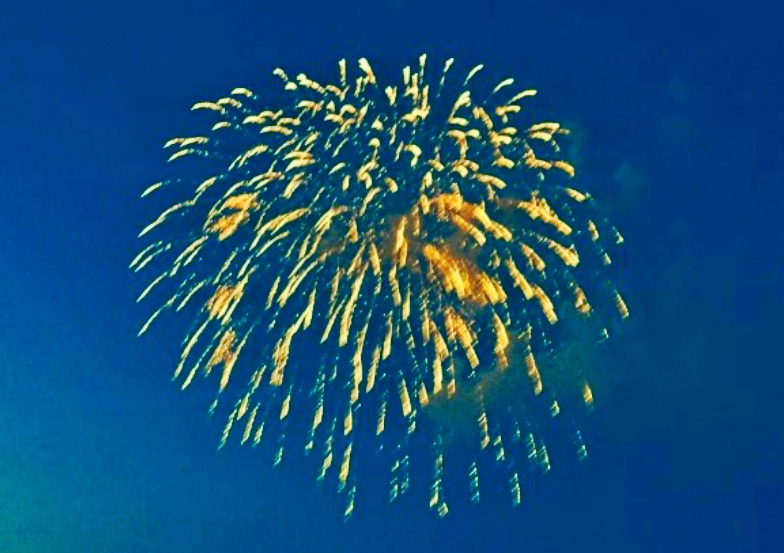 Danny fixated his eyes upon a bursting star of grandiose fireworks, sparkling with eye-catching colors outside the bedroom window. The reflective waters outside captured the images as mirrored double, sparks of red and silver shooting chaotically in various directions. Sipping his champagne, he released a deep sigh. He had been here before; precisely three hundred and sixty five days ago and now, standing at the window, he was a year older and a year wiser, or so he would have liked to think. Things had changed in Danny’s life, for better or for worse and now, alone in the dimly lit room in his friend’s apartment, Danny pondered the year ahead and the year he would have to leave behind.

With the thudding around the city increasing in volume closer to midnight, Danny recounted memories of the year passed with every flash and thundering explosion. He remembered time spent with friends, his loved ones, his days at work and lasting memories of holidays and exciting vacations. As the rockets whizzed into the sky, they erupted with a massive sparkle of light and sound before dying out. Danny counted each starry explosion for a year in his life. Though these explosions looked similar to each other, there was something unique and different with each bursting rocket. Some flashes were bigger and brighter than others, some were duller than the rest and some, more remarkable and awe-inspiring. As the explosions continued, Danny counted past the amount of years he had been alive and eventually stopped counting. The explosions would go on, as would life and Danny figured the patterns would not change drastically. Taking another sip of his champagne and running his fingers through his hair, Danny was happy to be welcoming a new year.

“Danny! What are you doing in here? Come join us for the countdown on the roof!” Danny’s friend stumbled through the door with a party hat and blower in his mouth “Let’s go… quick!”

Danny’s friend ushered Danny hurriedly through the house onto the roof where all his friends were huddled together to bring in the New Year. In a meditative mood, Danny took a seat near his girlfriend and put his arm around her, holding her close. Her head automatically came down to rest on his shoulder. With the New Year seconds away, Danny was looking up at the explosions rocking the horizon. The flashes in the sky were beyond his physical grasp, being only available to Danny’s vision and symbolizing a deeper reflection of the years gone past and the years to come. One of his friends began counting

The rest joined in

Born in India and raised around the world, Shashank Mane is an emerging fiction writer currently based in Boston.