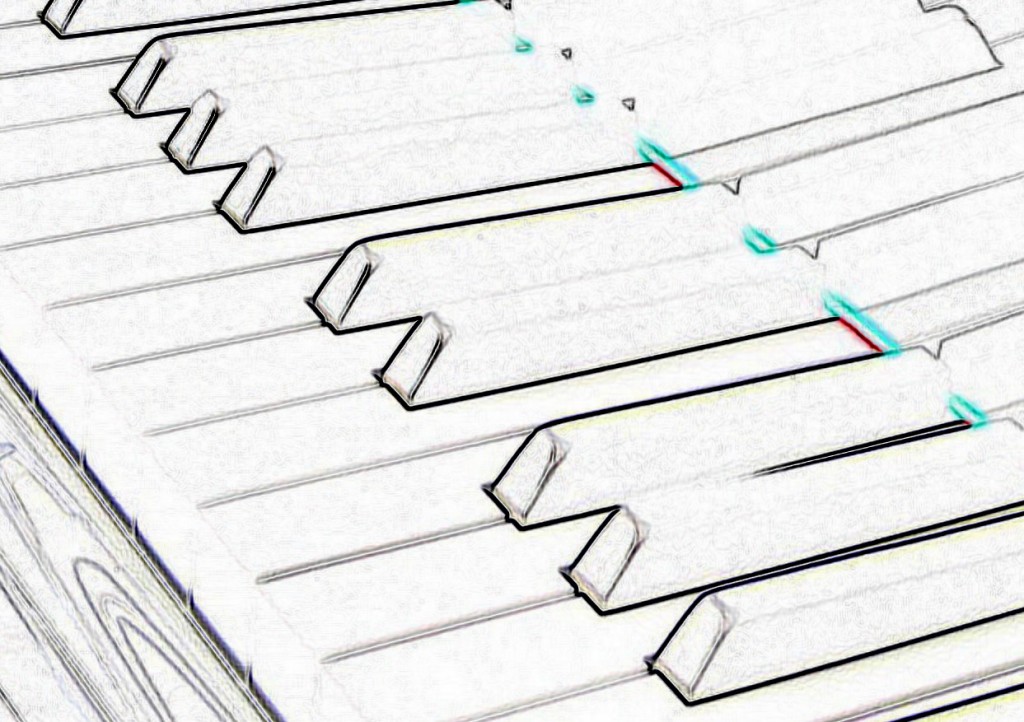 He would not dress in such a costume normally, in his normal life, before divorce and alimony and his single-room apartment still sending half the mortgage payment to Roxanne each month. Normally he would dress in a tux, or the grey pinstripe Roxanne got him two-years back. On a normal day he would be playing the lounge at Caesars, the lobby at the Bellagio, the rotating bar atop the Stratosphere. He would not normally dress this way, but the tourists liked it. Bumping his elbow against the bathroom door he pulls the arm band up his sleeve, pulls the sleeve down, and buttons the cheap satin vest, striped red and white like an old time soda jerk. Dueling pianos. That brought the cash. His Juilliard training put to use for five-fifty an hour plus tips. The tips were key. The crowd grew from ten onward, following dinner and a day at the slots – the show was free and so the tips were flowing. A fiver for the 1920’s themed pianist to play along to any tune—The Who, Johnny Cash, Billy Joel every night these are the requests. Barry Manilow, Neil Diamond, Elton John. Mandy, Sweet Caroline, Crocodile Rock— they couldn’t get enough. He rolls out a wad of toilet paper and steps from the stall to polish away a splash of beer from his patent leather wingtips. “Hey Gill,” he mumbles to his partner, emerging from the handicapped stall three down dressed neck to toe in sequins. Liberace. Gill’s hair is blonde and down to his shoulders, as it has been since he was fifteen and his mother forced him to weekly piano lessons. He didn’t do the big dome of brown hair, just the costumes and pinky rings. He couldn’t compete with the sea of Liberace impersonators on the Strip. He could only play some notes. “See you out there,” Gill says, with a turn up of his collar. A final glance in the mirror, red and white vest straightened. From his pocket he retrieves a length of brown synthetic hair and a paint-on bottle of gum paste. Dabbing it across his upper lip the handlebar mustache is secured evenly. A slight twist and roll to each corner gives it an authentic show look. This is Vegas after all. The details needn’t be precise so long as the overall affect was agreed upon. ### Cynthia recieved her Masters degree in Creative Writing from the University of Edinburgh in 2009 with a focus on fiction. Her work has since appeared in New Leaf Magazine, The Hackney, Bite Magazine, Read This!, and elsewhere. During the day, she works as a freelance editor for UNICEF and other non-profit organizations.