You are here: Home / Featured / The Lone Car by Mary Lee 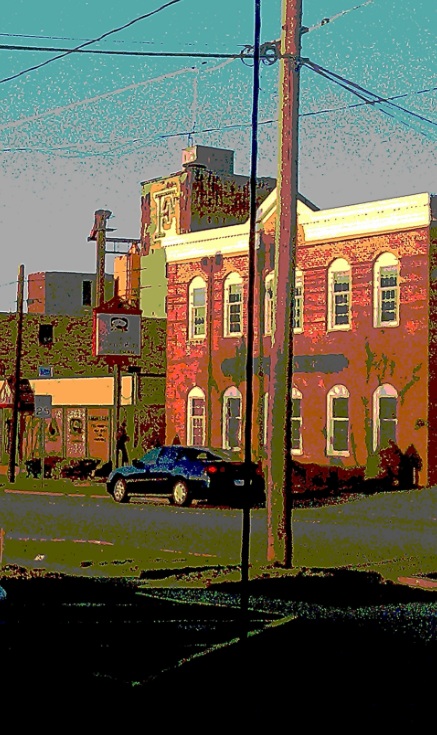 The lone car sits in the deep of the morning, waiting for its owner to return. The car had been parked in this same spot the day before, glistening with the moistness of the morning dew. At 4:00 a.m. the sky still shadows the darkness all around the town, hiding the sins of its citizens.

The owner of the car has many sins to hide, this morning one of them being the fact that they were in bed with Dr. Flake, who happens to have a wife and children. His wife believed that he was at work, but in reality he was exploring his lust for Ms. Myers, the owner of the lone car.

They were shacked up in the same deserted hotel as the night before: the same hotel that fostered cockroaches as if they were guest themselves. But the cockroaches were of no bother to the two individuals that had rented room 404. As long as they had a bed, the cleanliness of the hotel meant nothing.

Moments after Dr. Flake’s lustful desires were fulfilled, the two started to dress.

“John,” Ms. Myers said, “Are you ever going to leave your wife?”

“Well I must know. You promised me.”

“Aren’t you tired of being the on one that goes home alone? I mean, don’t you want more out of life than being a mistress?”

“I thought we were happy together, John. Don’t I make you happy?”
“For those few seconds, yes Meredith I am happy. But that is it. Don’t you see?”
Meredith stood and walked towards the bathroom, not wanting Dr. Flake to see the tears running down her face.

“I don’t think we should do this anymore,” he said. “It’s apparent that you can’t handle this.”

He heard the bathroom door shut, and finally heard sobs erupting from behind it. He stood, thinking of how to console his mistress. They had been friends for years and finally made the leap to become more than that. He now realized that he had made a mistake. While these last 6 months had been fun, he realized that this meant more for her than it had for him. How can he comfort someone who obviously has fallen for him? Nonetheless, he knocked on the bathroom door.

“Meredith. Meredith, I’m sorry. I didn’t mean to hurt you. Come out so we can talk about this.”

Inside the bathroom, the sobs had stopped and now silence replaced the cries. More knocking from Dr. Flake came on the door.

Finally John rams his shoulder into the door. Once, twice, three times. The door finally buckles under the force, making the doctor smash into the sink. When he bursts threw the door, Meredith was lying on the floor, curled up into the fetal position. John said nothing, only picked her up and carried her to the bed. He laid her there, standing over her, deciding what to say next. But Meredith beat him to the punch.

“I knew this wouldn’t last forever. I knew it couldn’t because you have a life. You have a family, something I’ll never have. Being with you made me feel special, like I was worth something to someone. Even though I knew I wasn’t your one and only, the moments when we were alone, I could pretend as such. Now all of that will be taken away. It just isn’t fair.”

“Look, maybe we can have one more night together, but that must be the last, the absolute last.”

They said their goodbyes and Meredith, the owner of the lone car, finally turns the key to start the engine. This scenario plays out almost every night, only this time she must have really scared him because he actually broke the bathroom door down. My, what powerful word suicide is. Tomorrow, the lone car will sit in the same spot, awaiting its owner, Meredith, to finish his early morning sin, as the morning dew glistens on the lone car.

Mary Lee is aspiring writer who is following her dream by going to school for Creative Writing at Full Sail University. She enjoy writing short stories, novels, poems, and anything else she can bring her creative ideas to.