You are here: Home / flash fiction / In a builder’s notebook by William Bain 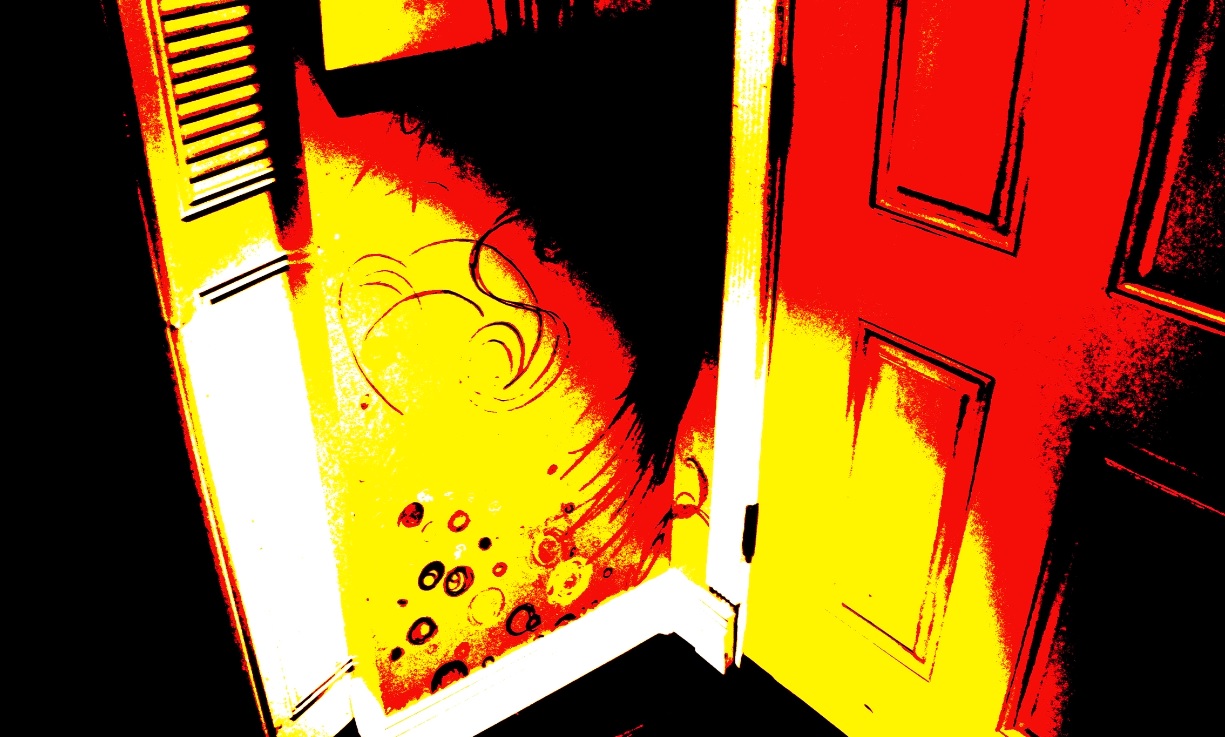 In a builder’s notebook

The finishings on the vertical planes of the hotel’s interior. An inexpensive or moderately priced paint has been used here in the corridor, a light beige. Its smooth appearance however is set off by the thick carpeting applied on the lower half of the wall. So facing the elevator, just above the carpeted lower half, located between the elevator and a door pugnaciously marked PRIVATE, is an electric box framed in white plastic and, immediately flanking the doors, a red fire alarm button under glass in a red metal case. Below this, protective (not to mention ornamental) carpeting runs the entire length of the L of the plan (but for the obvious exceptions of the door apertures and, probably for economic reasons, one side of the short leg). The topmost color of this carpeting element is a thin strip of bean green. Below this is a wider band in moss green, then another thin band in ochre, a thin chestnut strip followed by a thin moss green strip, a pencil-thin cream-and-ochre infix. And then thin chestnut, thin ochre, wide ivory, after which the entire scheme is repeated in reverse order. The whole series of bands is no more than twenty centimetres wide. Below it, supporting it, as it were, playing ocean, if you like, to its multi-colored beams, is a final ochre swathe that continues all the way to the decking, which is covered by carpet fabric of a thinner gauge (in viridian; cross-hatched in beige lozenges).

It is rather as though a chord, E minor seventh, perhaps, were being perceived through the eye or, like that day we forgot to pay for our ice creams, like standing and anticipating the enjoyment before entering, see-hearing all those flavors, trying to make a final decision about what flavor to buy, visually tasting each different one in the display while a smiling employee holding a stainless steel scoop watched us wanting to try the whole selection—lime, pistachio, mocha, dark fudge, and vanilla. It is impossible to enumerate each decorative element and underscore detail after detail all at once, even in a photograph. But, dig, the ceiling is finished in beige plastic slats! And the doors are generally beige with chestnut trim, although a few doors, like the elevator door and the one marked PRIVATE have a chestnut center panel set in a birch frame—all of this of course veneer work. This just blows me away: the doors to the exterior are gray. Robust construction. Possibly even too robust. Completed in the 1940s or 1950s, etc., etc. Later shored up and refurbished. All the safety features are up to code and gravity conscious as you might say. Nothing can be fully described, least of all your feelings for the dead or for those you love. Maybe color’s its own gravity.