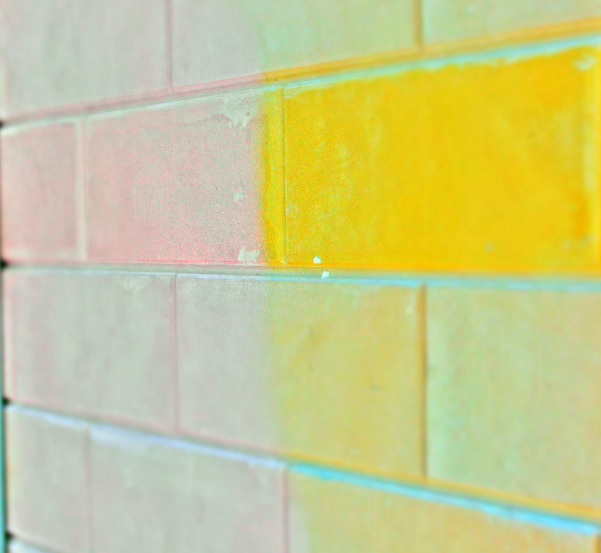 My wife and children went to Washington, D.C. for Halloween weekend. My legendary “to-do” list was anchored by the two words PAINT BASEMENT.

I was appreciating the tranquility while knocking task after task from my list. The lack of screaming and fighting children, as well as no wife around wanting to discuss the level of ineptitude amongst her fellow employees made this Saturday afternoon busy, yet peaceful.

Evening approached quickly and yet the most extensive chore remained. I just could not let it linger until Sunday. I wanted more than anything to have a full day free of chores and duties (other than dishing out candy to kids Sunday evening of course).

To the dingy basement I traveled. I found something soothing about the brush and roller on this particular weekend.

Not yet being accustomed to all of the groans creaks and bumps, as our family had only lived in this house for about one year, around 8:50 that night I decided that things were too quiet. I discovered that because I was so accustomed to loud noise and chaos, this prolonged silence became quite unnerving.

It was this newfound uneasiness that led me to turn on the iHeart radio app and let some music soothe me.

I finished off gallon number one of the white semi-gloss and looked at the time on my phone. “It’s still early enough,” I thought as I glanced at the digits. 9:40 it read.

The married man’s dream dominated my conscious, “I could finish the entire basement in another hour and have nothing to do but watch football and eat pizza all by myself tomorrow.”
So, I pried open the second gallon of paint and stirred. Being extra careful, I placed the wooden stirrer on the lid as well as on a plastic Lowe’s bag next to the paint can. As I did this, either I extended a blink or the basement lights flicked momentarily. I’m still not sure to this day.

A feeling, a chilly uncomfortableness began to pervade me. It was that type of uneasiness that most humans are capable of sensing when a proverbial “bad guy” is near.

Fatigue began to set in as well. Muscle cramping that accompanies repetitive behavior started in my right wrist. I frequently switched hands. My eyelids were sinking. I finished off the third basement wall and it looked so clean. I was determined to complete the fourth and final wall. “Tomorrow– the three F’s—Football—Food—Freedom,” reverberated throughout my brain.

It was at this particular moment, as I went to replenish my roller pan, that the iHeart radio station app on my phone experienced some sort of interference. An awful “Ssssssssssssszzzzzzzzzzzzzt,” shot through the speaker. This static-y prolonged sound grew louder and louder before it cut off.

Thinking that perhaps my battery life was spent I picked up my phone and checked it. Then, seemingly exceeding the capacity of my phone’s tiny speaker, the music erupted. The shrilling surge jarred me. My phone smacked off of the floor. “Well, hmmm,” scratching my chin, “this is a first,” I thought.

After this brief bizarre instance, I refocused on the task at hand. “It’s getting late I need to get this done. Football—Food—Freedom.”

Inside of the paint container a thin rubbery film had gathered on the surface. Before pouring, I thought that I’d better give it a little mixing. This is when I noticed that the paint stick which I had used ALL NIGHT LONG and placed in the SAME EXACT SPOT—MULTIPLE TIMES—on the Lowe’s plastic baggie—was no longer there.

The bottom of my stomach piped into my throat. It burnt as I swallowed it back down. I was certain that I did not move the paint stick. And I knew damn well that I was the only one in this basement, or so I hoped.

I noticed a few dribbles of white paint on the floor. With terse gusts of breath I frantically followed the trail. The white drips started out round and fat and then got smaller, fainter. I followed the path in a circle around three walls of my furnace. A strong odor, a stale musty stench became more prominent.

To my surprise, the paint stick was returned to the plastic Lowe’s baggie.

Just then the basement door, which I had kept open for proper ventilation, creaked as it gracefully closed.

My attention was inexplicably directed toward the basement’s only window. It felt as if I was attempting to breathe through a tiny straw. A terror that I haven’t felt since I was a child appeared. The two white large eyes, contrasting with the night’s complete blackness pressed to the glass.

I bolted up the stairs and closed the door behind me. I ran into the garage and climbed into my truck. I locked the doors and sat in it…remembering.