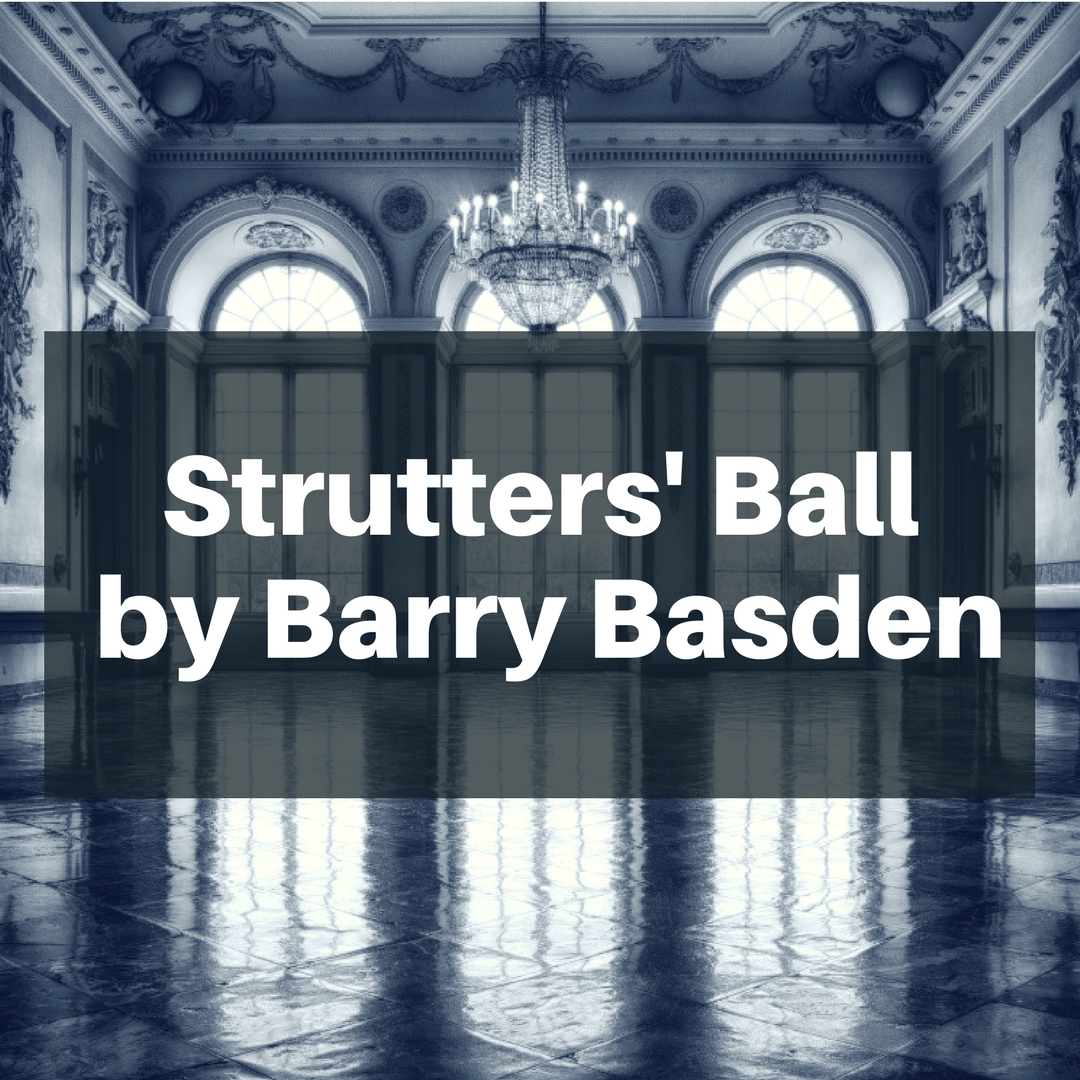 Cleaning out my father’s things I found an old black and white photo, one I’d never seen before. Hidden away all these years.

The photo was taken in some kind of hall, a gentlemen’s club perhaps. Joyless carpet, somber wainscoting, a small mirror propped on its rail. Patterned wallpaper and two nondescript paintings flanking a pendulum clock. The time was 11:45.

Eight young men grouped together, one standing behind the others. The rest sat on wooden stools or straight back chairs, casually touching so you could tell they were friends. Dark suits. White ties. Stark white gloves. They wore fedoras mostly, though there was one wide brim and a derby.

I picked out my father straight away. He sat in front, right in the middle of the group, the only man without gloves. Instead of a hat, he wore a Gatsby newsboy cap. His blackface shone. His pale hands were in his lap, one holding the fingertips of the other. The man on his right was turned slightly toward him, a gloved hand on my father’s shoulder, the other on his forearm.

My father. His crossed ankles and scuffed shoes, the whites of his solemn eyes. He gazed up and to his left, away from the camera. As if he didn’t know what he was doing there.