You are here: Home / Featured / The Funeral by Neha Puntambekar 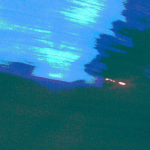 The soft scent of lavender wafts out the open cupboard; it crawls under the bed, into the robin-blue Wedgewood vase on the bookshelf, and clings to the blue-white Ikat print of the curtains. Usually Meera finds it soothing, but today, as she stands against the carved door with a hand on her hip, surveying the messy arrangement inside, she finds it intrusive. She reaches out for a shirt, before letting it fall to the ground. It’s pale yellow –not good enough. Meera needs something white, something sombre – something appropriate for the funeral.

The call came last night. Her father’s voice was tight with emotions jumbled into one another. She couldn’t isolate the many threads of that complicated relationship but she did recognize a little boy’s loss somewhere in there. Cradling the phone between her left ear and shoulder, Meera waited for the grief to kick in, the tear to trickle out. It bothers her that it still hasn’t hit.

Theirs was a strained relationship – one of open conflicts and quiet rebellions. Rifling through a lopsided pile of folded kurtas, Meera tries to remember a softer side to the woman. It’s not easy. Even in the ethereal black and white photo in her father’s study, where her grandfather stands tall with a rigid side parting and a measured smile, it’s her grandmother’s steely gaze that tears through time; her white pearls and silk sari can’t set off that cold, calculating expression.

She wonders how her mother feels. Her voice was guarded over the phone. Something in it said it was over. Something else said it would never be. She wants to hug her mother and comfort her. Meera will be at her side through the funeral; she’ll be her support, her shoulder. She’ll be there for her mother while her father mourns the loss of his.

She pulls on a soft white kurta with intricate embroidery and pairs it with a pale pink, almost white, churridar and a crinkled white duppata that has tiny circular mirrors sewn in – it’s the kind of garment that holds and nurtures grief, or at least the illusion of it. Her hair is up, in an unfussy ponytail, accounting for every single curl, as her grandmother would want. She wears no makeup; her eyes seem naked without a line of kohl. Only her bright painted nails, freshly manicured, and announcing the summer, stand up for one last challenge.

Neha Puntambekar grew up in a pile of books and for the most part preferred fiction to reality. She still does. Find her at www.page210.wordpress.com.