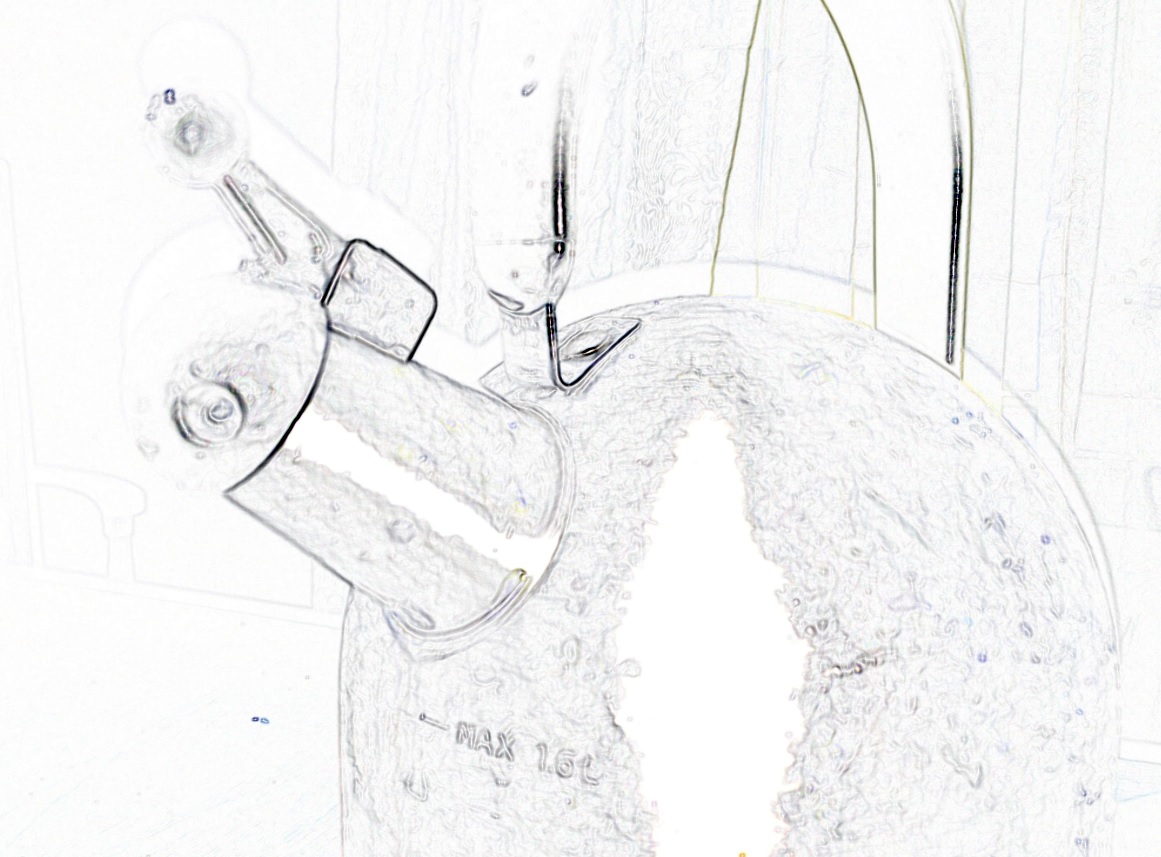 Three-thirty sharp. A shrieking tea kettle. Over the roof tops if floated. A constant in my life. A stranger’s daily routine. On temporary assignment in London, my American company rented me a flat in the East End. Someone living in one of the buildings out my back window and across the garden took their tea at the same time each afternoon. Often I wondered whose kettle it was, and pondered how odd it was to have such a fixed schedule. Then one day the whistling did not let up. Usually it went on for a few minutes and stopped. Presumably the tea drinker was pouring boiling water over tea leaves. After ten minutes had gone by I grew uneasy. I went to my window to see if I could figure out which building the sound came from. I could not.

After thirty minutes a sick feeling in my gut. Something must have happened to the tea drinker. At forty-five minutes the whistling abruptly ended. Should I call 999? Now I watched for smoke. An hour and fifteen minutes later the first wisps. Now, at least, I knew what building the tea drinker lived in. I dialed 999, to report the fire. When I hung up I knew it was not a good end for the tea drinker. I sat at my window and watched the billowing smoke gather in the weak light of late afternoon. Sirens, a replacement for the whistling, sounded in the distance and grew closer. Flames erupted from the tea drinker’s flat. Neighbors all around looked out open windows. I felt helpless. I grabbed my coat, umbrella, and briefcase; late for an afternoon meeting.

The next day neighbors told me that the tea drinker was an elderly woman, Gladys Brown. She’d had a heart attack while preparing her afternoon tea. The firemen handily put out the fire but were unable to save Gladys. Now, at three-thirty sharp I missed Gladys’ screaming kettle. The following week I attended Gladys’ funeral at East London Cemetery. Gladys’ daughter and I were the only two people at the service. She was buried next to her husband, Frank.

# # #
Biography ? C. Gregory Thompson
C.Gregory Thompson lives in Los Angeles, California where he writes fiction, non-fiction, and memoir. He has a BFA in Film & Television from New York University. He?s been known to cook a meal and write about it. His food writing has been published on 100 Miles and Honest Cooking.