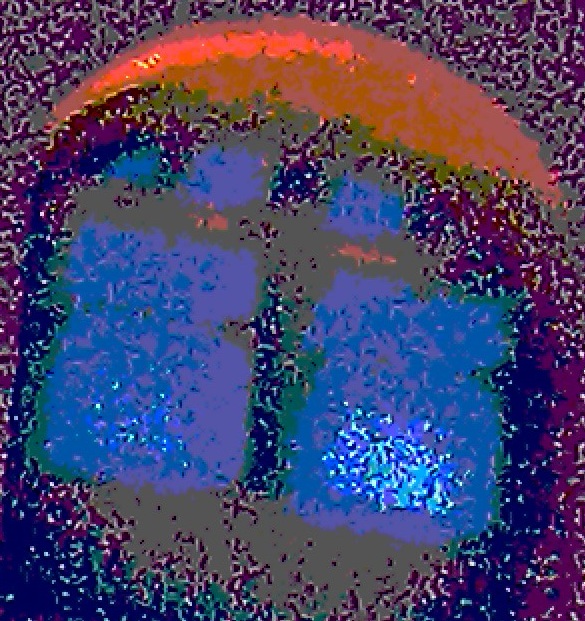 Flirtatious sport, at best. A mere distraction. But one exciting and flattering as all hell. So what if she was married? He was married too. They were both consenting adults; both knew where the other stood. What possible damage could result from a harmless child’s game of hide and seek?

Such started as an innocuous little thing: she left to her own devices in the dim of too many long, dull hours circled into long, dull days and nights. No blame, scant shame, in boredom of the customary amusements.

On one lonely night in particular, an impish notion jumped into her head. An idea from nowhere filled in bright colors between the plain, black lines. The concept was so simple it completely charmed. If I turn the key on the magic box, she mused, something enthrallingly novel might pop out. A special friend to entertain with word games could be the teaspoon of sugar needed to wash down the bitter.

So elementary from the start, she needed only to call out into the playground, “Who wants to come over to my house?”

She was at first shy, but easily coaxed into trust. “No need to be afraid of the dark, baby-doll. I’ll watch out for you, keep you safe.”

With whimsical wish “A~B~C Be~friends~with~me” she took a seat in the swing and let him push her high into the sky. The two strangers became instantly intimate. Made up fairy tales designed to tease; cavorted with each others favorite toys––need and want; pledged secret pact to never part.

And then the frolic grew more adventuresome.

Since neither could see the other, they became expert at blind-man’s bluff. When this romp grew old they explored one called truth or dare. But what really was the truth? Just how far would each dare? Brash turned brazen as the wild-ones hid their true identities behind a concealing dress-up game.

Audacious behavior.
Blatant mischievousness.
Catch me if you can.

An animate free-for-all exploded, breaking through the boundaries of new-found freedom. But as with all their sort, when left unsupervised they careened obsessively out of control. Inevitably, the bad behavior was called into check. They brought the harsh punishment down upon themselves. A shameful timeout separation in opposite corners was the hard lesson learned: if you’re going to act like a child, you will be treated like a child.

Wanda Morrow Clevenger lives in Hettick, IL – population 200, give or take.  Over 295 pieces of her work appear in 95 print and electronic literary journals and anthologies.  When that journal number reaches 100, she plans on having a lobster boiled in her honor.