You are here: Home / Classic Short Story / Zadig the Babylonian by Voltaire 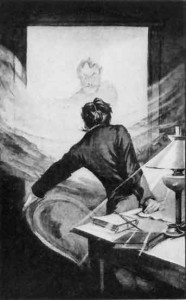 THE BLIND OF ONE EYE

There lived at Babylon, in the reign of King Moabdar, a young man named Zadig, of a good natural disposition, strengthened and improved by education. Though rich and young, he had learned to moderate his passions; he had nothing stiff or affected in his behavior, he did not pretend to examine every action by the strict rules of reason, but was always ready to make proper allowances for the weakness of mankind.

It was matter of surprise that, notwithstanding his sprightly wit, he never exposed by his raillery those vague, incoherent, and noisy discourses, those rash censures, ignorant decisions, coarse jests, and all that empty jingle of words which at Babylon went by the name of conversation. He had learned, in the first book of Zoroaster, that self love is a football swelled with wind, from which, when pierced, the most terrible tempests issue forth.

Above all, Zadig never boasted of his conquests among the women, nor affected to entertain a contemptible opinion of the fair sex. He was generous, and was never afraid of obliging the ungrateful; remembering the grand precept of Zoroaster, “When thou eatest, give to the dogs, should they even bite thee.” He was as wise as it is possible for man to be, for he sought to live with the wise.

Instructed in the sciences of the ancient Chaldeans, he understood the principles of natural philosophy, such as they were then supposed to be; and knew as much of metaphysics as hath ever been known in any age, that is, little or nothing at all. He was firmly persuaded, notwithstanding the new philosophy of the times, that the year consisted of three hundred and sixty-five days and six hours, and that the sun was in the center of the world. But when the principal magi told him, with a haughty and contemptuous air, that his sentiments were of a dangerous tendency, and that it was to be an enemy to the state to believe that the sun revolved round its own axis, and that the year had twelve months, he held his tongue with great modesty and meekness.

Possessed as he was of great riches, and consequently of many friends, blessed with a good constitution, a handsome figure, a mind just and moderate, and a heart noble and sincere, he fondly imagined that he might easily be happy. He was going to be married to Semira, who, in point of beauty, birth, and fortune, was the first match in Babylon. He had a real and virtuous affection for this lady, and she loved him with the most passionate fondness.

The happy moment was almost arrived that was to unite them forever in the bands of wedlock, when happening to take a walk together toward one of the gates of Babylon, under the palm trees that adorn the banks of the Euphrates, they saw some men approaching, armed with sabers and arrows. These were the attendants of young Orcan, the minister’s nephew, whom his uncle’s creatures had flattered into an opinion that he might do everything with impunity. He had none of the graces nor virtues of Zadig; but thinking himself a much more accomplished man, he was enraged to find that the other was preferred before him. This jealousy, which was merely the effect of his vanity, made him imagine that he was desperately in love with Semira; and accordingly he resolved to carry her off. The ravishers seized her; in the violence of the outrage they wounded her, and made the blood flow from a person, the sight of which would have softened the tigers of Mount Imaus. She pierced the heavens with her complaints. She cried out, “My dear husband! they tear me from the man I adore.” Regardless of her own danger, she was only concerned for the fate of her dear Zadig, who, in the meantime, defended himself with all the strength that courage and love could inspire. Assisted only by two slaves, he put the ravishers to flight and carried home Semira, insensible and bloody as she was.

On opening her eyes and beholding her deliverer, “O Zadig!” said she, “I loved thee formerly as my intended husband; I now love thee as the preserver of my honor and my life.” Never was heart more deeply affected than that of Semira. Never did a more charming mouth express more moving sentiments, in those glowing words inspired by a sense of the greatest of all favors, and by the most tender transports of a lawful passion.

Her wound was slight and was soon cured. Zadig was more dangerously wounded; an arrow had pierced him near his eye, and penetrated to a considerable depth. Semira wearied Heaven with her prayers for the recovery of her lover. Her eyes were constantly bathed in tears; she anxiously waited the happy moment when those of Zadig should be able to meet hers; but an abscess growing on the wounded eye gave everything to fear. A messenger was immediately dispatched to Memphis for the great physician Hermes, who came with a numerous retinue. He visited the patient and declared that he would lose his eye. He even foretold the day and hour when this fatal event would happen. “Had it been the right eye,” said he, “I could easily have cured it; but the wounds of the left eye are incurable.” All Babylon lamented the fate of Zadig, and admired the profound knowledge of Hermes.

In two days the abscess broke of its own accord and Zadig was perfectly cured. Hermes wrote a book to prove that it ought not to have been cured. Zadig did not read it; but, as soon as he was able to go abroad, he went to pay a visit to her in whom all his hopes of happiness were centered, and for whose sake alone he wished to have eyes. Semira had been in the country for three days past. He learned on the road that that fine lady, having openly declared that she had an unconquerable aversion to one-eyed men, had the night before given her hand to Orcan. At this news he fell speechless to the ground. His sorrow brought him almost to the brink of the grave. He was long indisposed; but reason at last got the better of his affliction, and the severity of his fate served to console him.

“Since,” said he, “I have suffered so much from the cruel caprice of a woman educated at court, I must now think of marrying the daughter of a citizen.” He pitched upon Azora, a lady of the greatest prudence, and of the best family in town. He married her and lived with her for three months in all the delights of the most tender union. He only observed that she had a little levity; and was too apt to find that those young men who had the most handsome persons were likewise possessed of most wit and virtue. 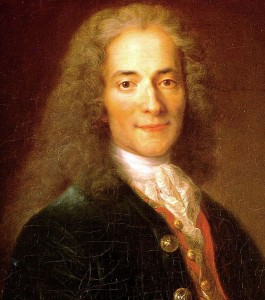