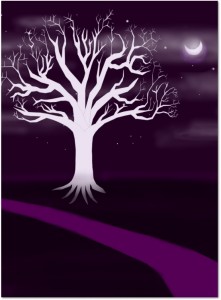 Who We Are The mission of Barking Sycamores is to publish poetry by emerging and established neurodivergent writers (autistic, ADHD, bipolar, synesthesia, etc.). We also seek to add positively to the public discussion about neurodivergence in the form of essays on neurodiversity and poetics, with special emphasis on the interplay between neurological variance and the creative process. Barking Sycamores supports the concept of neurodiversity — in short, the idea that these states of being are valid neurological differences that are the result of normal variations in the human genome as opposed to pathologies which need to be cured. In other words, to quote Nick Walker of Neurocosmopolitanism.com, a “diversity of brains means a diversity of cognitive styles, a diversity of innate cognitive strengths and weaknesses, gifts and peculiarities.” What’s in a Name? The American Sycamore tree sheds its bark in larger chunks than other trees, which often leaves this tree with a pale, s kinless appearance. Similarly, we autistic people can often feel like the world — in both sensory and emotional data — invades our being, as if we have no skin to protect us. Secondly, an HDFT brain scan of Dr. Temple Grandin as shown on the television show 60 Minutes appears very tree-like, with her neurological connections reaching higher and farther like branches – so it’s easy to picture a tree of nerves, growing in one’s brain. Last of all, the word “barking” is itself a play on words as we think of not only the tree but a reference to possible perceptions of communication by neurominorities – especially autistics — as well as the act communication itself. Just like there is debate about whether dogs communicate anything meaningful by barking, there has also been debate about the nature and meaning of neurdivergent communication and the easy dismissal of some of its manifestations as being without function or meaning. One might think of such phenomenon associated with autistic people like hyperlexia (the precocious ability to read without prior training before age 5) and echolalia (the repetition of others’ vocalizations). However, when one shifts one’s perceptions to see these behaviors in a different light then something like hyperlexia can be understood as a way to gather information or take in the communications of others, or echolalia as a way of learning to communicate or understanding the nature of speech itself. The desire to communicate is as natural as breathing. For neurodivergents who express themselves through the written word, it can be frustrating if one’s work is dismissed as either as an unlikely fluke, a savant ability, or meaningless gibberish when, for God’s sakes, one is communicating! When one considers that until recently autistics especially were thought to be unable to understand metaphor, have and use imagination, or perform creative acts, it becomes important to provide a venue for autistic poetic communication. This is where Barking Sycamores comes into the picture. We are skinless trees, speaking ourselves into the universe, and “barking” means that we thumb our noses at the idea that what we say is meaningless, mere imitation, or of less merit. Please carefully review our submission guidelines before submitting.

Poetry Guidelines We seek poems that are breathtakingly beautiful, startling, sparkling, or imbued with color. We like poems that surprise us in some way; poems that perform an act of alchemy — i.e. transforming the ordinary into gold; poems that convey a vision of reality which is different than the expected or commonplace; poems that might cleanse the “doors of perception”, as William Blake put it. We particularly adore poems with a strong voice, a strong narrative, or bold, concrete imagery. We do have a preference for free verse poetry; however, we will accept poetry written in traditional forms. Neurodivergence and Poetics Essay Guidelines We seek work that uses strong facts and/or well-documented observations to support a solid thesis statement. We are particularly interested in essays about: 1) how neurolgically divergent traits aid in the creation of poetry; 2) neurological divergent traits that might cause a poet to break common rules and conventions in poetry (and do this well); 3) how a neurological divergent individual might use the creative arts (especially poetry) to express him/her/zirself when ordinary communication means do not suffice; 4) how an author’s work might reveal his/her/zir neurological divergence.