You are here: Home / Adventure / A Tale of Hope by Veleka Georgieva 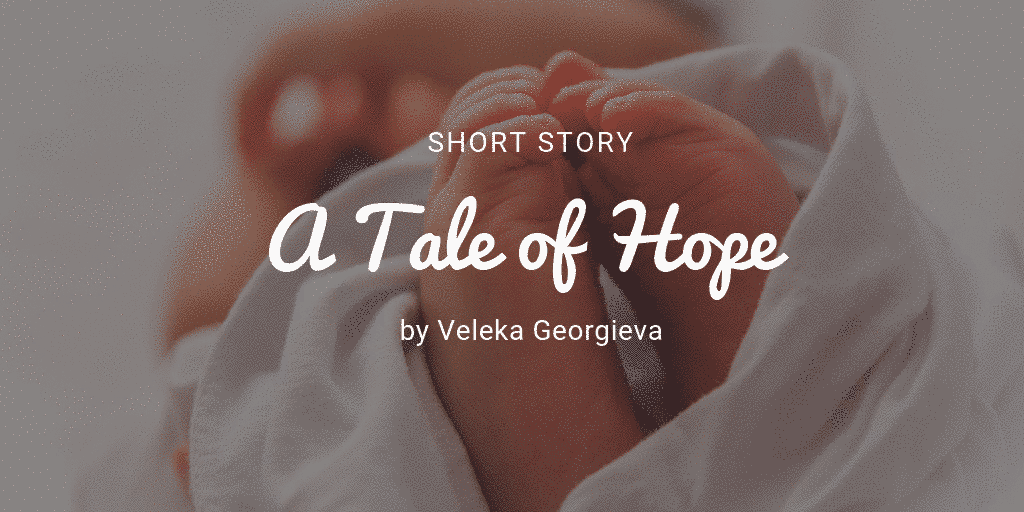 A Tale of Hope

Some years ago a baby was born. It was a girl and they named it Hope. Hope had two parents and many friends. And she had hopes and dreams and wishes and desires. And she was happy. She had a future as bright as the sun. She was smart and funny and as beautiful as the moon itself. And people adored her, for she was light and light was heat and heat was life.

Hope was love and love was life.

Hope was happiness. And happiness was love and love was life.

And one day this fairy child met Taint in the eye of a stranger. She couldn’t recognize it at first. But it was there. It tempted her into greeting the stranger, it seduced her into smiling at him. And Hope was love and she felt it then – love for the stranger who meant her only trouble. For she believed all the people were good and she was happy with that thought.

And then, Hope was wrong.

The stranger wasn’t good neither kind-hearted. He was destruction and war and fire. Fire was heat but wasn’t life. It wasn’t light, it wasn’t softness. It didn’t possess the joy of a sun ray or the mildness of the moon. No. Fire was an element and Light was a feeling. The one exists in the beast, the other – in the human.

But Taint didn’t know Hope either.

Hope reached to kiss him, Taint reached to kill her, neither of them knowing the power of the other. And thus they weaved each other into a deadly hug. They then became both goodness and evil, both life and death. In Taint some hopes were born and in Hope – some dark thoughts. And together they were perfect – for no one deserves to be only bad, but it’s too hard to be only good either.

This is our first piece we have published in two languages. We believe in writing as an expression of life through words, so having a piece in 2 languages makes a lot of sense to us. It is presented to you in Bulgarian.

Veleka Georgievais a writer from Bulgaria.