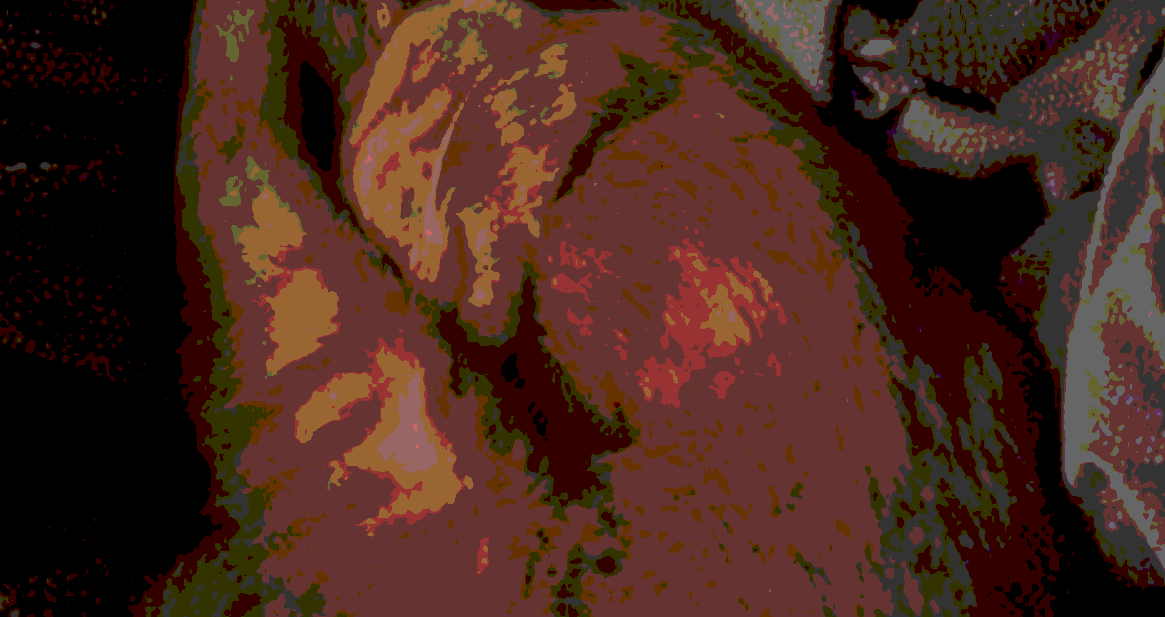 In a room, a large living room, Duo sat, his head in his hand, blocking his eyes from the rays of a dying sun. Around him, Louis and Clark, the other tenants–cats–played. The cats were mock fighting, oblivious in feline bliss; meanwhile, Duo was breaking down, National Geographic-like, rapidly becoming an endangered specie. His mind it turned out was not impervious to pain, loneliness, and the decay that failure had instigated. Outside, the sounds of cars zipping by on the one way street contributed a strange but familiar sonic ambiance, typical of people and things going nowhere fast; inside, silence persisted. The living room was the largest room in the apartment, the caboose of the house–that is if you looked at it like a vertical train on a journey to heaven, or someplace else, up, beyond.? The apartment was filled with hand-me-down charity; furniture-wise, Duo was some kind of Salvation Army draftee.? Consequently, at the center of the room, an ottoman sat. In front of the ottoman, on a small, dark brown table, a 14-inch TV was stately standing in condescension like the bust of some great persona on a pedestal. Behind the ottoman was a long, uncomfortable sofa–it was on this sofa Duo sat with his face in his hands, afraid to open his eyes.

Louis and Clark were asleep now. In traditional feline fashion they had returned to their favorite spots in the room–Louis on top of one of the sectionals, Clark on the plush carpet by the front entrance where he could catch the warmth from the dying sun. Louis and Clark always fell (perhaps too easily) asleep after feeding, chasing, and grooming; life was simple. Duo was lost to all of this, he? could no longer stand the rumbling in his spirit, the rumbling in his empty stomach, the tell-tale signs of one surrounded by want, the signs of one who needed the very things he could not have. In his mind, he knew that the feeling was untenable–men were not designed to be in constant pain. The clawing and gnawing inside his mind, inside his belly, had grown exponentially. The memories of ephemeral moments of bliss had taken him this far, but dashed hope and immaterialized dreams had consumed the lion’s share of this fuel. So there he remained, righteously still, catatonic, empty, afraid to open his eyes, afraid to look into his future. If he had looked (into his future that is), he would have seen quite clearly the weapon in his hand, he would have seen the path of dried tears, the last note, the shards of broken glass gracefully scattered on the carpet. He would have seen the wine bottle tipped, its contents spilled, approximating the effect of his blood splatter on the sofa, the walls, and the plush whiteness underneath his room temperature body; all of this a few feet away from where Louis had curled up, and where Clark lay seemingly lifeless–asleep.

?Felix Ames Glas is a poet and fiction writer. He is currently based in Huntington, WV where his alter ego attempts the completion of a novel of a certain sort.”