You are here: Home / short story / The Bogeyman by Grey Harlowe 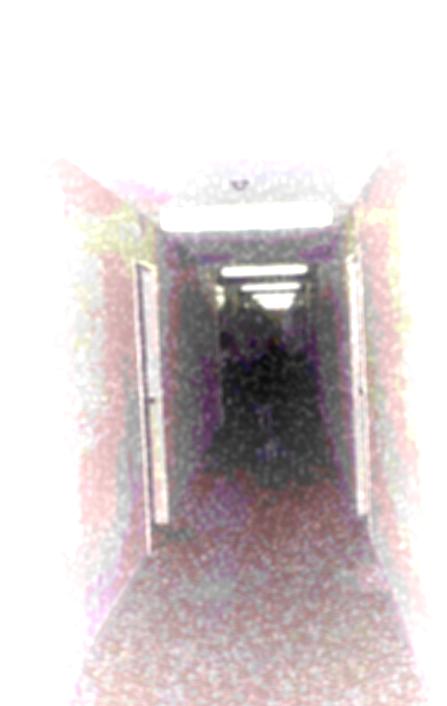 It was going to be a long night, Kyle realized as he looked over the three paragraphs he had typed for his two page Spanish essay due the next morning. It was 8:35, which meant another hour of writing, and thanks to slacking off in language lab that afternoon, he was also ill prepared for the oral presentation expected along with the essay. Then there was an upcoming algebra test to study for, and Barney, the family terrier, to feed and walk.

To make matters worse, they were out of the energy drinks he used at times like these. He sighed, standing up to stretch. Maybe his dad had stashed some Mountain Dew in the garage.

“Kyle?” His younger brother Milo stood in the bedroom doorway.

“You’re supposed to be in bed.” Since his parents had needed to leave on an unexpected business trip to Korea, they’d put Kyle in charge of Milo and the house. Their father had been reluctant, but their mother reassured him. Kyle was sixteen now, a newly licensed driver, and could handle things until they got home. It was harder than it looked. Milo, while almost eleven, got up two times a night, and was always pestering him.

Not this crap again. For two days, Milo had been complaining about a mysterious voice in his closet.

“Milo, I have a lot of homework. You have to ignore it and go to sleep.” “But it’s louder this time, and kinda mean.”

“It’s probably the wind outside,” said Kyle, hoping to sell the child a rational explanation and get back to Spanish. “Branches hitting the house, you know.” It was October and slightly blustery, so the wind against the house story was plausible.

“Milo, I really mean it, go back to bed.” His voice had more edge than he intended, but this was getting ridiculous.

His brother stared at him, refusing to budge.

He walked them down the hall of their stately, tastefully updated Victorian to Milo’s room. Though they rarely had plumbing or electricity problems thanks to his parents’ expensive renovations, the house was old, its floorboards prone to creaks and groans. Though Kyle knew this was the source of Milo’s closet monster, he knew that explaining it to the kid would just make him complain more. He was already pretty worked up.

“Look,” said Kyle, opening the closet door. It was empty, other than clothing. “See? Nobody there.”

“Get back in bed,” said Kyle, pointing to it, “and go to sleep. We’re leaving for school at seven.”

After a reluctant pause, Milo complied, looking both scared and annoyed.

“It’ll start up again after you’re gone,” he said.

“Too bad,” said Kyle, and left.
The next night, Milo was back again. 9:30 this time, a full nintey minutes past his bedtime and twenty minutes into Kyle’s somewhat serious attempt to review for algebra. The Taking Care of Little Brother thing was really cutting into his schedule, and he was out of patience with it.

Before Milo could speak, Kyle told him, “Go to bed, or I’m telling Mom you ate all the ice cream in the freezer while they were gone.” Their mother was a health food nut who went crazy when either one of them had too much sugar.

“He won’t leave me alone,” said Milo, unfazed by the threat. “He keeps asking for something.”

He. That was new.

“I dunno. He just sounds that way. Like Santa Claus almost. And he’s wheezing.”

Suddenly, Kyle worried about kidnappers. Pedophiles. Milo’s bedroom was on the second floor–could someone climb all the way up there? Maybe he should check the windows.

He looked at the pile of equations before him. Remembered the English assignment he still hadn’t started: six paragraphs on symbolism in Poe’s “Imp of the Perverse.” And they had to be out of the house by seven tomorrow.

“Pleeease, Kyle. He keeps saying he needs something. Something important or he’ll never go away!”

“Fine!” said Milo, indignant. “But I’m not going back in there. I’m sleeping with Barney.” Barney slept in a dog bed next to the living room couch.

“Whatever. Just leave me alone.”

Kyle closed the door to his bedroom and locked it. He could hear Milo stamping down the stairs, apparently intent on sleeping in the living room after all.

The only thing that made the night bearable was an unexpected text message an hour later from Julie James, a girl from school he sort of knew through friends but had never really connected with. It was surprisingly solicitous, and he might have pursued it if not for the need to wrap up his paragraphs on Poe and then sleep. His parents couldn’t get home soon enough.

The next morning, Barney had disappeared. In his haste to get them out the door, Kyle might not have noticed if it hadn’t been for the dog’s curious absence from his bed beside the couch.

“Did you really sleep down here with Barney last night?” he asked Milo.

“And you haven’t seen him today?”

“Whatever,” Kyle said after a moment. “We’re late. Get in the car.”

As he drove them to school, he couldn’t shake the feeling that Milo had let the dog out on purpose, probably to punish Kyle for his refusal to tolerate the closet monster nonsense. His parents would be pissed if they returned home to a missing Barney. Kyle would have to look for him when they got home.

He looked for Barney until nightfall. The dog was nowhere to be found in their backyard, the surrounding yards, or any place in the four blocks surrounding their house. The neighbors hadn’t seen him, which meant Kyle’s only option was to put up lost dog signs and hope for the best.

Milo, who claimed to have no knowledge of how the dog could have escaped, sulked through dinner and went to bed on time. Kyle was surprised, though relieved by the new behavior, and happy the next few hours passed without Milo’s usual interruptions.

The next day, after classes let out, Kyle ran into Julie in the parking lot. They talked for a bit, and Kyle got her to agree to meet back at his place later on. As he drove off to pick up Milo, he felt certain his evening was about to get very interesting.

Back at the house, he managed to feed Milo, shower, and style his hair carefully. He changed his shirt. He then instructed Milo to stay either in his own room or in the den at the back of the house until Julie left. This was no time for interference from an overwrough ten year old.

When she arrived at last, Kyle met her on the porch. After they went inside, Kyle gave the front hall a brief inspection to ensure that Milo had, as requested, made himself scarce. Julie looked amazing. Had she spent as much time getting ready as he had?

After a sojourn on the downstairs couch, Kyle managed to convince her to come up to his room. It was quiet as they walked up the stairs together. Slowly, feeling suave, he opened his bedroom door.

He barely had time to register Milo’s presence atop his computer desk before the frying pan came down over his head. He did not lose consciousness, but the pain was severe, and soon he was crawling around on his hands and knees.

“He wouldn’t leave me alone!” said Milo, barely audible to Kyle in his pain induced fog. “He said I had to give him something. The dog wasn’t enough, so I have to give him you. You wouldn’t help me, so I had to do it myself!”

Kyle struggled, but not enough to stop them from tying him to the bed–not Milo alone, Julie was helping, too, only he could see now that she was not Julie really, but a ghastly, dark eyed creature who had stolen Julie’s beautiful face.

Before the knife stabbed into his throat, he wondered, would he be the last victim? How many more people would his little brother kill before the thing in the closet was satisfied?