You are here: Home / Featured / Slide by Eli Cranor 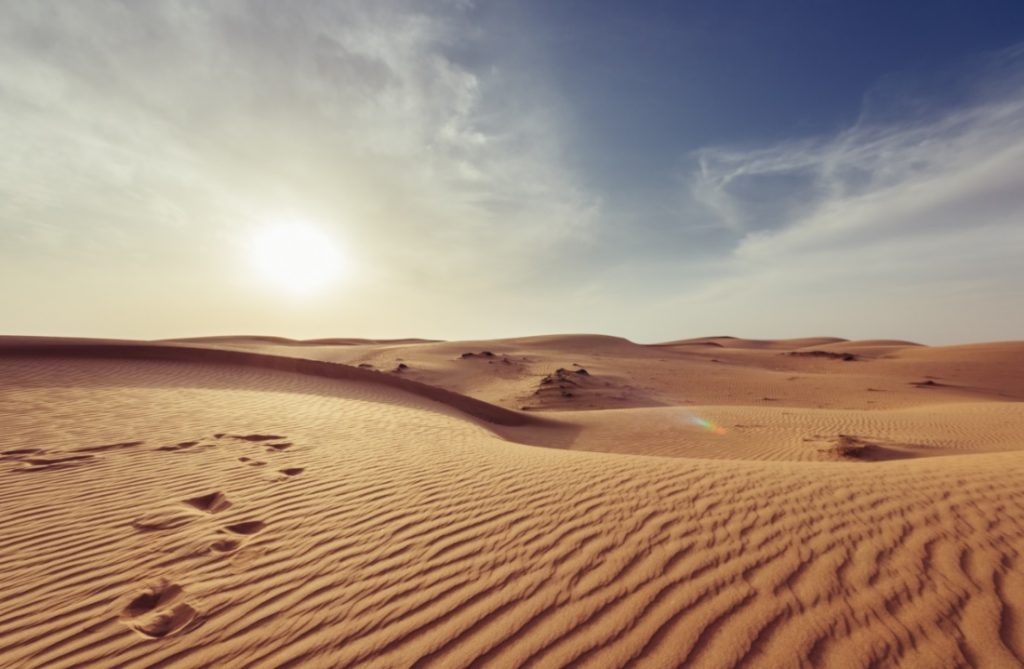 PTSD, flashbacks, whatever – it ain’t what you think. I don’t see the boys I shot head’s dripping off sideways like JFK. I don’t see Mitch “Sorcerer” Rodriguez telling me about the Tao Te Ching then pulling his final act of wizardry and exploding into a million pieces. It ain’t like that. I don’t see nothing. It’s a feeling. It’s that feeling when you’re driving on ice and the car starts to slide. It’s a top a roller coaster feeling, but you start down, hear a rattle, and know the cart is off the tracks. It’s a walking in on Uncle Roy in a dress kind of feeling.

But it’s Christmas, and Sheila don’t think what I got is real. So I’m here. I’m smiling. And it’s time for Dirty Santa. Every year it’s the same gifts – knives for men, towels for women. Ten bucks all Sheila lets us spend. I’ve seen her throw out a twenty-dollar Wal-Mart gift card. The gifts don’t matter no ways – Notebooms like to win. Rules are simple, open gifts from youngest to oldest and you either go to the pile or steal. I seen grandma Jessus take a travel mug from a two year old on the Sheetmund side of the family just outa spite. Cousin Abby’s up first, she’s pulling something out the gift bag. It’s the bag I brought. Gift bags usually the last to go. We like tearing stuff up.

Sheila’s face is red. She’s a large woman, large and powerful enough to hold a room of thirty, powerful enough to run the annual Noteboom Dirty Santa. She’s got on a duck-dudes sweater – Santa got a fluffy camo beard and Aviator shades. She’s studying them tickets. She wears one of the old-time, “What-Would-Jesus-Do,” bracelets on her wrist – probably what she’s asking herself about them scratch offs. She started wearing it when I left for basic. She cuts her eyes from the tickets to me without moving a single red curl on her head, eyes slice like sand niggers in the bush.

“You bring the devil in my house, Trigger?”
“Now Sheila, you accusing me of debauchery?” I say.

“My grandbaby’s got in her hands gambling devices. I’ll accuse my own son, the Holy Spirit or Elvis Presley. I’ll get to the bottom.”

At the mention of gambling the rest of the family grumbles, unaware until that moment what cousin Abby actually held in her hands. The Noteboom’s are good country people – men and women who see life as simply and as pleasantly as the day they were born, maybe simpler, a gradual sweetening from mass quantities of high fructose corn syrup, voting Republican, and the joys small Baptist Sunday-schools can bring. The scratch offs are an intrusion upon their very way of life.

“Guaranteed money?” says Sheila and looks down her nose at Roy.

“Yeah, they say you gonna at least win your money back with them tickets, don’t know how they make no money,” says Roy. “But hey now, they for a good cause.” Roy licks his lips. He knows he’s got Sheila now.

“Yeah all the ‘Ten Dollar Did-I-Wins?’ go to cancer kids. You seen them commercials, them bald heads and – ”

“We seen the commercials,” Shelia says and cuts me off.

“Well scratch it off, Ab,” I say and wish I didn’t for Sheila twitches them beady possum eyes at me and I feel her heat.

The rest of the Notebooms grumbled amongst the smaller factions of the family. The married in Sheetmunds grumbled the loudest.

“How we gonna reason these gambles?” says Sheila to the family.

Heads turn to their huddles, the grumbles turn louder – “money,” “tradition,” and “Jesus” are among the words most cited. I smile and count my ten bucks well spent. I hear Sheila huff at the confusion. I wipe the smile from my face.

Sheila purses her lips at Roy. Squeezes her lips so hard that even her hard dark lines go white. She’ll tell you them lines from me, but I weren’t the one smoking real cigarettes. She quit though, quit as soon as I got back. Ain’t seen her smoke another. Ain’t smelled it neither. Even when the bottom falls out, even when I start to slide.

“Any Notebooms got something to say?” says Sheila.

I stand because I know I got her.

Few things Notebooms like more than a deal. I’ve seen Sheila get wind of a big sale, return three bags of clothes to K-Mart, come back a week later, buy the same clothes fifteen percent off.

“You saying that ticket gonna be worth at least ten bucks?” Sheila says and I go to sit down. “No sir, Trigger you answer me.”

“Trigger boy, don’t be putting me between you and your momma,” says Roy.

“Well we need to get on with it,” says Sheila. She squats down to Abby and the camo-Santa scrunches on her chest like he’s unsure of the lotto ticket as well. “Abby, honey, go on and scratch your ticket, that way we all know what we’re playing for.”

Abby turns up to Sheila, a look of pure innocence.

“Hold up now, Sheila,” says Roy. “We ain’t never got to opening the gifts before the game’s over, don’t see why we’d start now.”

“But see that’s the difference here,” says Sheila. “My baby Abby’s either got a piece a paper in her hand or some real money. We need to know what we’re playing for.”

Sometimes I can feel them coming, but this one snuck up and bit hard. We got hit right outside Kabul. It happened right around sundown, about this time a day. Sheila’s got this big window that overlooks the farm. The sun has dropped down and it hits me right in the eyes. Two of the Sheetmund boys dart around the corner with a toy gun they got for Christmas and I feel like my water’s broke.

I’m inside a Zeno’s paradox.

I remember Sorcerer saying you keep halving something you won’t never get to the end. I see that now. See them halving me right down to the core.

“Don’t nobody know what they playing for, that’s the fucking point,” I scream.

No one moves, not even a Sheetmund. They know I saw things over there. Saw the truth of things. Don’t matter if there’s a knife in one of them boxes, a set a towels or a ten-dollar bill – it ain’t nothing. Ain’t nothing nothing and that’s exactly why I bought that scratch off.

“Trigger, sit down boy,” says one of the uncles.

But I’m already up and moving. I snatch the scratch-offs from Abby’s hand. Don’t even use a coin or a knife or nothing. I push that ticket hard against the wall and dig into it with my thumbnail, little specks gray matter crinkles up and falls away as if I am scrapping into brain.

“Trigger,” says Sheila, but even she can’t stop me now.

These scratch offs’s cute, part the reason I got them – that and the bald kids and the guaranteed money. All you got to do is scratch off the three boxes and get two money signs. I’ve already got one and I’m working on the second box when Roy takes hold of my shoulder.

Roy’s grip is strong despite his womanly tendencies. When I was a boy I seen Roy in one of Shiela’s dresses – squeezed in tight, black hair and soft white skin bunched up and pouring out of places that I did not know existed on a man. I feel Roy’s heat on my shoulder and think only of how his cheeks was powdered that day in the dress, soft globs that really made him look like a woman.

“Get your fucking lady-hands off me,” I say and keep digging at the ticket.

“Trigger don’t go psycho on us now, boy,” says Roy. His breath is hot in my ear and smells of cigarettes and Slo-Gin. If only Sheila knew.

The second box is a frowny-face. I go to work on the third.

Shiela is at my other shoulder now. I feel like one of them cartoons with a devil and an angel sitting over me. I got a woman in a camo Santa sweater and a faggot – neither of them got a halo.

Her breath is smooth and hot in my ear and for a second she almost clears me of it. But fucking Roy grabs for the tickets. It catches me off guard. I spin with a deft precision that only comes from training and knock faggot Roy out. My fist hits him right in the cheek. He’s on the ground and his cheeks swolled up red like it was that day from the powder. His other cheek is cold and white, a few black hairs sprout from his jowls from a poor shave job and I think the dichotomy (a word a day, Sorcerer, a word a day) of the image fitting.

The room goes quiet. I scratch off the last box. The scratching is loud, louder than Sheila or Abby or whoever else was crying. My thumbnail breaks. I put the ticket to my canine teeth and keep grinding. Roy’s still out when I pull the card from my mouth and see the money sign. I half expect his fat, gay ass to rise from the dead, but he does not.

“It’s a winner,” I say, still staving off the feeling in my gut.

My victory is greeted only with silence. But then Sheila rubs her eyes with the back of her hand, glances at her bracelet, ands says, “A winner?”

“Well, how much?” says Sheila.

I hadn’t even looked. On the back of the “Ten Dollar Did-I-Wins” it tells you what your playing for before you even start scratching. Part of the fun. I slowly turn the ticket in my fingers and my gut churns. I ain’t about to slide – the sun is down now, the boy cousins have gone on – it’s just nerves.

I look at the amount on the back and nod. I knew I smelled money when I bought that scratch off. I walk over to Abby. She’s nestled now in Sheila’s sweater. She’s crying hard and I’m thankful for Santa’s fluffy camo beard.

“Here you go, Abs,” I say and hand her the ticket.

The room is silent.

Abby sniffles, but takes the card. She looks at it but don’t understand. One of the Sheetmund cousin’s hollers, “Well Abby, what’s it worth?”

Sheila gasps at the amount. Roy rises up like Lazarus, only dick or money could have resurrected his faggot ass that fast. The rest of the family starts to grumble again in their huddles.

“Ain’t no use in your conspiring,” I say. “We all know the rules. But now you know what you’re playing for.”