You are here: Home / Horror Contest 2016 / The Man in the Costume by Brandi Hebenthal 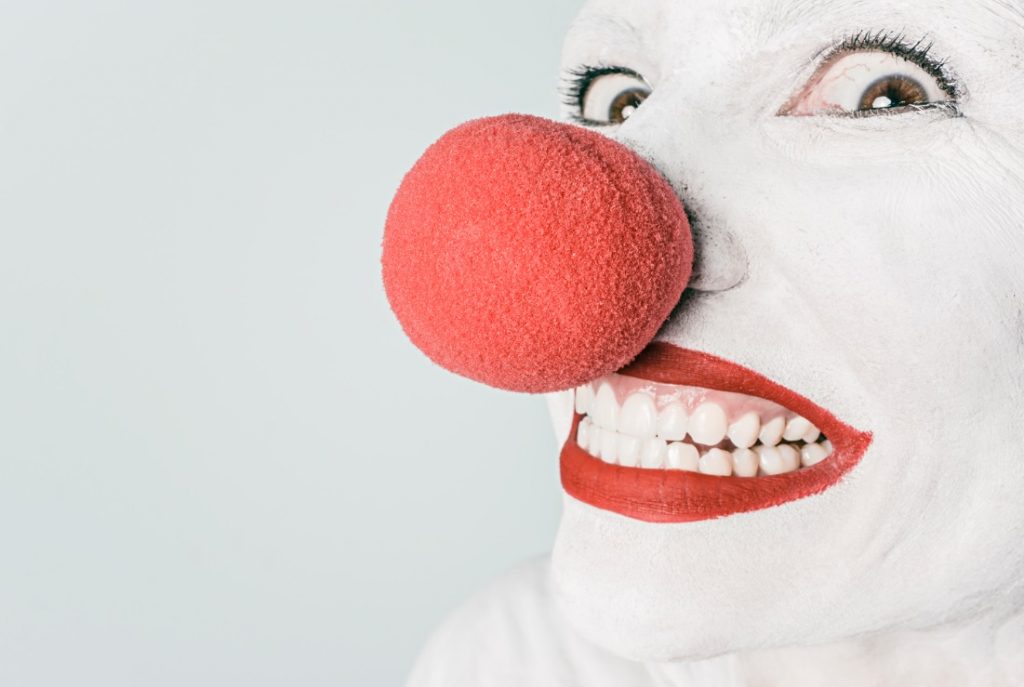 The Man in the Costume

As I see the reflection of what I think is a knife, I start to panic inside.I slowly look up and the clown starts to chuckle. The clown has a creepy smile across his face. It starts to walk alongside the bed. I try to move and scream but I can’t. He stops and looks at me with a tilted head. He walked over to the door and I thought it was my brother screwing around with me but the clown turns on the light. It’s not even close to being my brother, the clown is tall and thin, my brother is shorter than this man. I try to move again but I can’t even make a noise. As he gets closer he laughs a creepy sinister laugh. He gets back to the side of my bed and holds the knife up. He starts running his fingers on the blade and looks at me. The clown starts humming a song, a familiar song.

I know I’ve heard it before but where! All of a sudden I know, the song is a song I heard every night before bed up until age 10. My mother hummed it to me to help me sleep, she would lay down beside me and keep humming. I zone back in the flashback I had scared me because my mother died the night of my 10th birthday in a car accident. They said a car ran a red light and hit them, but they don’t know who because it was a hit and run. They do know that whoever it was would have a scar across their face because they smashed their head off the windshield and broke it. I try to look at the face because the night of my birthday I heard the song being hummed but not by my mother. That’s it I see it, the scar, it goes down the side of his face.

I still can’t move or talk, I try to scream at him then I realized what time it was and the door opens slowly, but the thought repeats over in my head; I’m home alone. The clown looks over and back at me and smiles and says, “She’s with me now.” I hear my mother humming the song, it’s my 15th birthday tonight. I try to make a sound, a move, anything, but nothing works; its like Im stuck inside my own body. I try to get the man’s attention but I see her she walks into my room and sits on the side of my bed. I blink and try to make her go away, I know she isn’t there, I know the man in the clown suit isn’t there. I can’t help but start to doze off. As I awake I can move and talk. Dangit I thought it happened again!