You are here: Home / Featured / Surgeries by Amanda Leduc 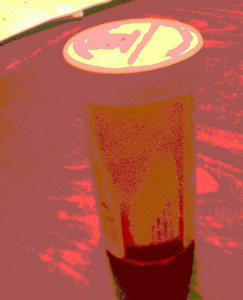 We laughed, because we thought it was funny.? Help.? I?m trapped inside a cookie.? How amusing.? How droll.? You tucked the fortune in your pocket (the back pocket, with the butterfly, the jeans that I loved) and left the cookie.? You were on another one of your diets ? smaller boobs, smaller thighs, smaller everything — and I was eating everything that you left in protest.? So instead I took the cookie and we went home.? The words came up later, soft against the skin behind my knee.?

Five months later, you started saying he.? Insisting on pronouns and asking about shots and pills.? I saw the catalogue, and the sock, that time in the bathroom when you left the door unlocked.? One day I almost made a joke, something about you being all Hilary Swank, but I didn?t.? Instead I slept on the couch, and you locked yourself in the bedroom and stayed there for two days, mute on the other side of the wall.? A caterpillar looking for metamorphosis, the best that money could buy.

Your mother came to get you while I was at work, and later your brother — I?d always liked your brother, with his hair and his high-top shoes ? came to collect your boxes.? He left the jeans behind.? The fortune was gone by that point, but by then it didn?t matter.?

I remember, you see, because it was as much my fortune as yours.?

I still see your family, sometimes.? A few months ago they said that you were in Halifax; I gather the Chinese restaurants aren?t that great.?? Your brother tells me you?ve started collecting fortunes, despite the shitty food.? He still stumbles over your name, lets the odd pronoun slip.? He says that you are happy.? Sometimes that makes me smile.? Sometimes not.?

I kept the cookie.? It crumbled as the months went on and now I keep it in a pill bottle, a little pile of light brown dust that sits on a shelf in the kitchen.? No mould, ever, which surprised me.? My mother, were she here, would say something about MSG.? Something about preservatives.?

Amanda Leduc was born in Canada and has lived in Ontario, British Columbia, England, and Scotland. Most recently, she lived for a while in Edinburgh, where she had a distressing habit of attracting dubious old men on the train. She has had stories and essays published in various journals across Canada, the US, and the UK. Her first novel, Instructions for an Inexperienced Lover, was published in the UK in 2009 and shortlisted for the 2008 Daily Mail First Novel Award (UK), while her second novel, The Raptured, is forthcoming in 2013 with Toronto’s ECW Press.?