You are here: Home / Featured / The Ragged-Trousered Misogynist by Sue Roff 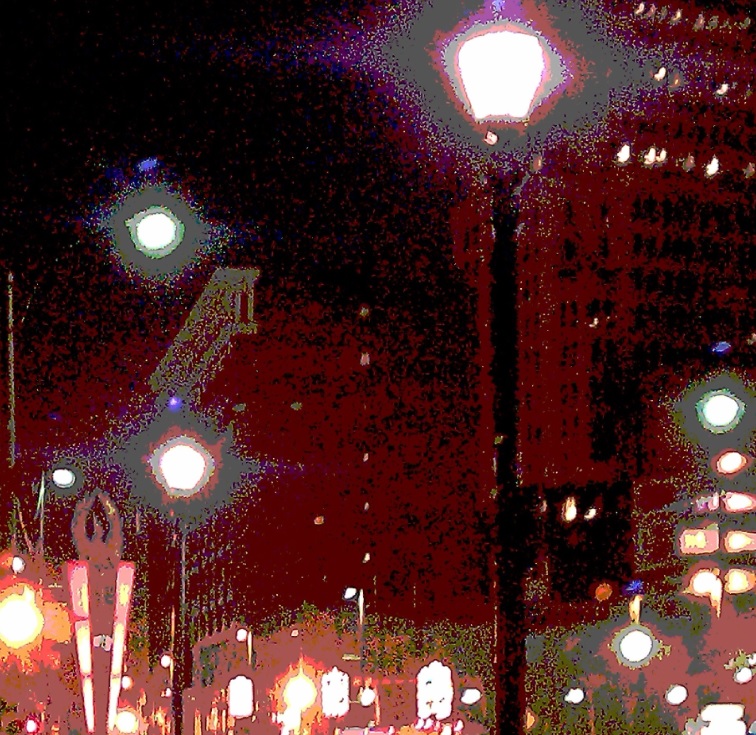 She came to know a place, a very cheap hotel, where she had no past but was only the present. Sitting on the verandah at night watching mosquitoes immolate themselves in the kerosene lamps. Listening to crickets and frogs and geckos in the garden, watching the night traffic pass. Steamed rice, coffee, cigarettes clove and American, handkerchiefs, sweet syrups, bananas, melons all passed by on bamboo poles. Ladies of the moon, the prostitutes walked the town’s ginza strip wearing fluorescent skirts barely covering their pudenda.

She drank the tea and coffee, smoked the marijuana and talked to the hotel keeper about business and politics and the price of rice and salt. The babies are growing, there are new marriages, the servant is pregnant, the son has got into technical school. The mother is helping the grandmother put poultices on her cancerous abdomen.

They’d hired a gatekeeper since her last stay. From the northern islands, darker skinned, sharper featured, small boned, wiry, quick. Especially with his knife. His taste ran to soft flabby flesh. Barely a man, he was already a paederast. Kept a parrot chained to his desk, flicking his knife closer and closer to his own Adam’s apple or the sole of his foot. He practised with the parrot too, the spring of the blade just below the bird’s neck while it tried to peck his forearm in fury.

The huge American booked in saying he was just off an oil rig, on his way Stateside because he had some hassle with his company. He spent the first night wandering inside the compound, high and crying. The next day slumped in a chair, morose and abusive. The boy from the islands watched him all day with his parrot. They didn’t sleep the second night either. The American stank now, of sweat and sex. His coordination was going and he lumbered about the rooms, kicking one piece of cane furniture after the other.

The third morning she was drinking coffee on the verandah beyond the guests’ lounge. The mist was lifting with the cicadas and town felt clean for an hour before the bemos started gassing it up. The boy from the north was looking past her at the street from his desk. The oil rigger lumbered into the room, picked up a glass of water and threw it at her. It glanced off her head, shattering on the concrete floor. He lunged at her, his penis rising out of his filthy underpants. “Sucking friggin no fuckin bitch” he hissed at her. But the boy was between them before she got out of the chair. Small and lethal, his knife was still closed when the American fell on top of him but then he was aware of the flick of the blade an inch from his throat. The oil man veered off with an “aaaagh”, the stink of his body mixing with the rank smell of fear, falling down the verandah steps in a dead faint.

After decades in human righhts work and medical education, Sue Roff left her day job a year ago and has been writing short stories of which this is the second to be published. The first is at http://www.chorleywriters.org.uk/AWARE%202012.pdf She also has a political thriller on Kindle –

http://www.amazon.co.uk/Proof-Negative-ebook/dp/B007L112WQ  She lives in a small fishing village in Scotland.