You are here: Home / Classic Short Story / The River by Ed Nichols 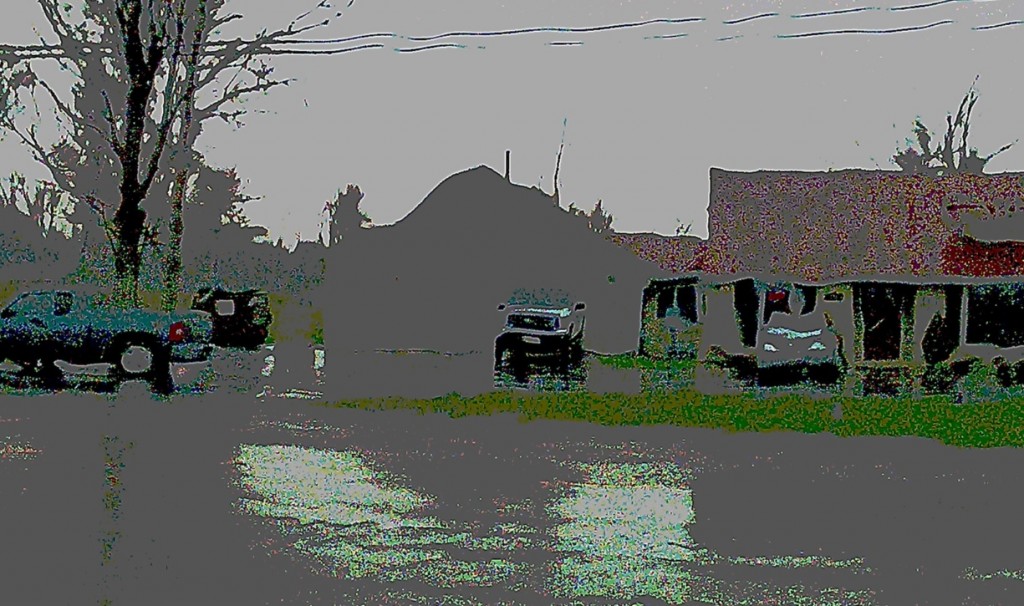 He watched traffic going around the square. Gears changing, engines purring and knocking, tires making soft screeching sounds on the hot asphalt. He watched people milling about town. Some days, tourists stop and take pictures of the gazebo. Occasionally they take a picture of the large granite Veteran’s Memorial which is located on the lawn halfway between the courthouse and the gazebo.

For over twenty-five years, John Cabe has been cutting the grass around the Habersham County courthouse, and around the gazebo and the Veteran’s Memorial. He has never charged the county a penny. Sometimes, in the late afternoon, he likes to sit in the gazebo and watch the sun go down behind the mountains. And when the street lights come on, he listens for the first sounds of the crickets and tree frogs starting their night songs along the river.

Later that afternoon, John Cabe shaved and showered, and put on a clean shirt and

overalls. He left his house on Waters Street and walked down to the city park beside the Soque River. He sat on a bench overlooking the river. He knew so well the soft gurgling sounds the river made. Occasionally, he would lean forward, arms on his knees, and stare downstream to where the river disappeared around a bend. The river will always be here, he thought. Its soothing waters had helped him get through a lot in his lifetime. If I hadn’t lived here, in this little town near this river, I probably would’ve died, too. He leaned back on the bench and stared up at the sky. Life can be hard. But the simple things, the simple ways, can somehow ease the burden, he had always reasoned.

Finally, John Cabe stood up and started back uptown. The sun was setting and there were a few people about. He walked across the grass to the Veteran’s Memorial. Slowly, he traced his fingers down the list of names, reading each out loud. Hoping, somehow hoping, that one name was gone, had never been etched in the granite. That maybe he’d just had a bad dream. But, his fingers stopped on: Bobby Cabe 4/12/48 – 6/15/69. Leaning hard against the granite, he closed his eyes and let the memories wash over him. He didn’t try to push the memories away. He let them come, just as he always had, just as he always would.