You are here: Home / Nature Story / The River by Rick Hartwell 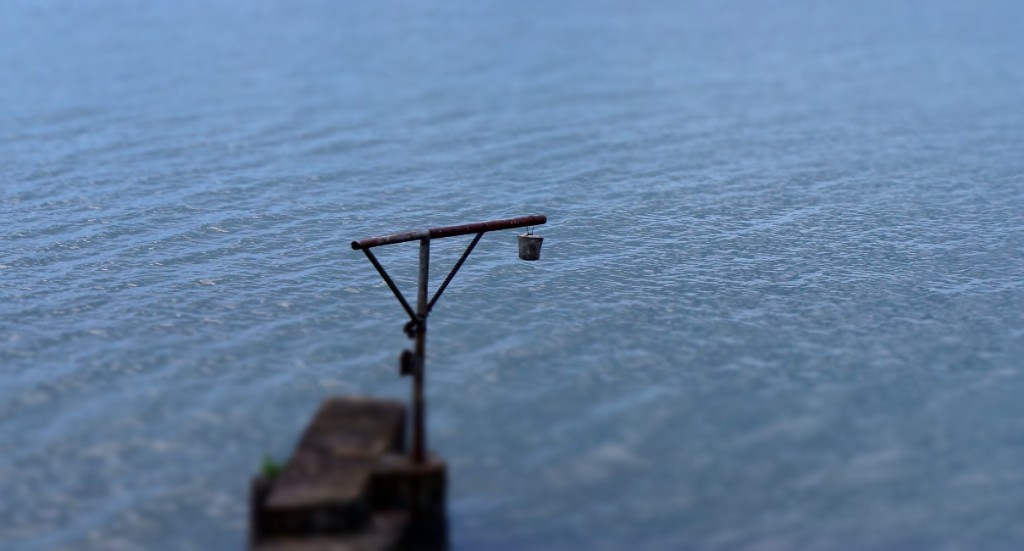 The River by Rick Hartwell

Raymond knew he would eventually stumble on the river. He had heard the increasing crescendo of noise for about the past hour. He guessed it had been about an hour judging by the sun. His watch was still stopped at 3:17, Wednesday. It was now Friday. Of that he was almost certain, and it was again about 3:00 in the afternoon, or so nearly so as not to matter.

As he approached the bank of the river, the foliage grew tighter and more compact. Entangled growth slowed his forward progress while his mind ricocheted from recent past to future promise. His body knew his mind would have to choose soon; up or down the river? Raymond was concerned the view of the river would not hold a clear answer to his dilemma.

He had been lost for the past two days, dumped ignominiously in the woods, blindfolded, hands tied loosely behind his back, and drunk. So drunk, in fact, that when he had tried to sit up against what felt like a large boulder, he had keeled on over on his other side and broken his watch. Apparently that had been at 3:17 after sleeping off most of that day and the rest of the night before. But the blindfold had come off and he had eventually worked his hands loose. That was two days ago. He had been lost in these woods for two days. No, nearly three days, if he counted his late awakening on Wednesday. Things seemed to be getting even fuzzier now that he was getting really sober.

The river was finally spread in front of him and Raymond set aside his recounting of his ordeal. He had hoped the river would somehow guide him, would provide a sign, would tell him the quickest way back to a road or a market or a bar; some form of displaced civilization. As all men do, Raymond looked first upstream and then down. There was no obviousness to his decision. Once again, the choice was up to him.

Rick Hartwell is a retired middle school (remember the hormonally-challenged?) English teacher living in Moreno Valley, California. He believes in the succinct, that the small becomes large; and, like the Transcendentalists and William Blake, that the instant contains eternity. Given his “druthers,” if he’s not writing, Rick would rather be still tailing plywood in a mill in Oregon. He can be reached at rdhartwell@gmail.com.