You are here: Home / Nature Story / The Storm by Kristin Leprich 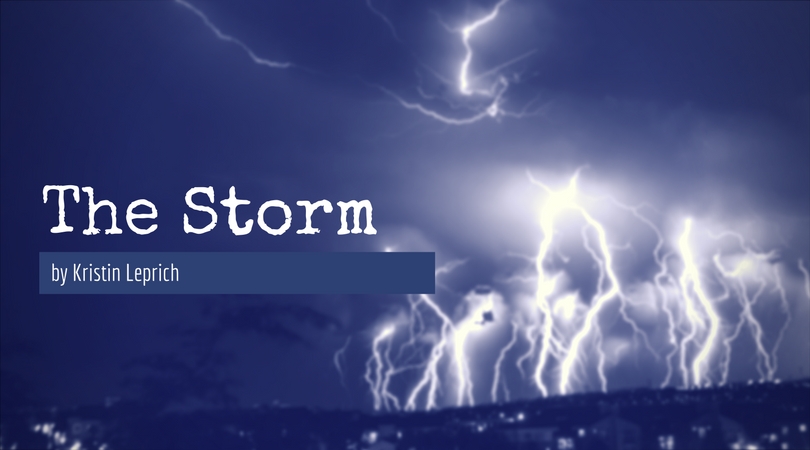 Describe the storm for me, would you?

My brother speaks to me in a hushed tone, as if the shaking echo of a louder voice might break the sight in front of us. We sit on top of the tallest hill in our plain Midwestern subdivision, surveying the damage,or, in his case, the heavenly view. Tornado warnings had been striking our area for ten hours yesterday, and my brother is blind. Suffered from untreated glaucoma at birth. He’s been asking me to paint pictures in his head ever since he lost his last ounce of vision. It’s my fault, at any rate. Not for the blindness itself, but for tricking him into thinking that storms are a type of beauty that can’t even be replicated in the movies. I told him despite my fear of all things related to destructive nature. Now I’m trembling and trying to keep myself calm for what’s to come. The worst of it is over, at least.

The wind is still blowing, I tell him, though not as hard as before. The wind is trying to touch every inch of the town, so it can roll into other towns to share the scene. Fences are torn, but we don’t mind because when the pieces are put together, they form words that indicate good fortune. After all the rain that we thought was annoying, the sun has taken its place, as well as a rainbow that stretches for miles and miles. And if you look at the sun long enough’it’s not good for you, but who cares’ you can see angels looking down at us, smiling.

I sigh and stop because I can’t think of any other lies.

Wow, he says. That sounds great. He doesn’t say it, but I know he wishes he could see. I would, too, if I were in his position. His unknowing self breathes evenly, and I feel tears well up in my eyes.

###
Kristin Leprich is a young author who specializes in short works. She has been previously published at Emerald Bolts Magazine, The Metric, and One Forty Fiction.