You are here: Home / flash fiction / Things That Recede with Time by Lauren Howlett 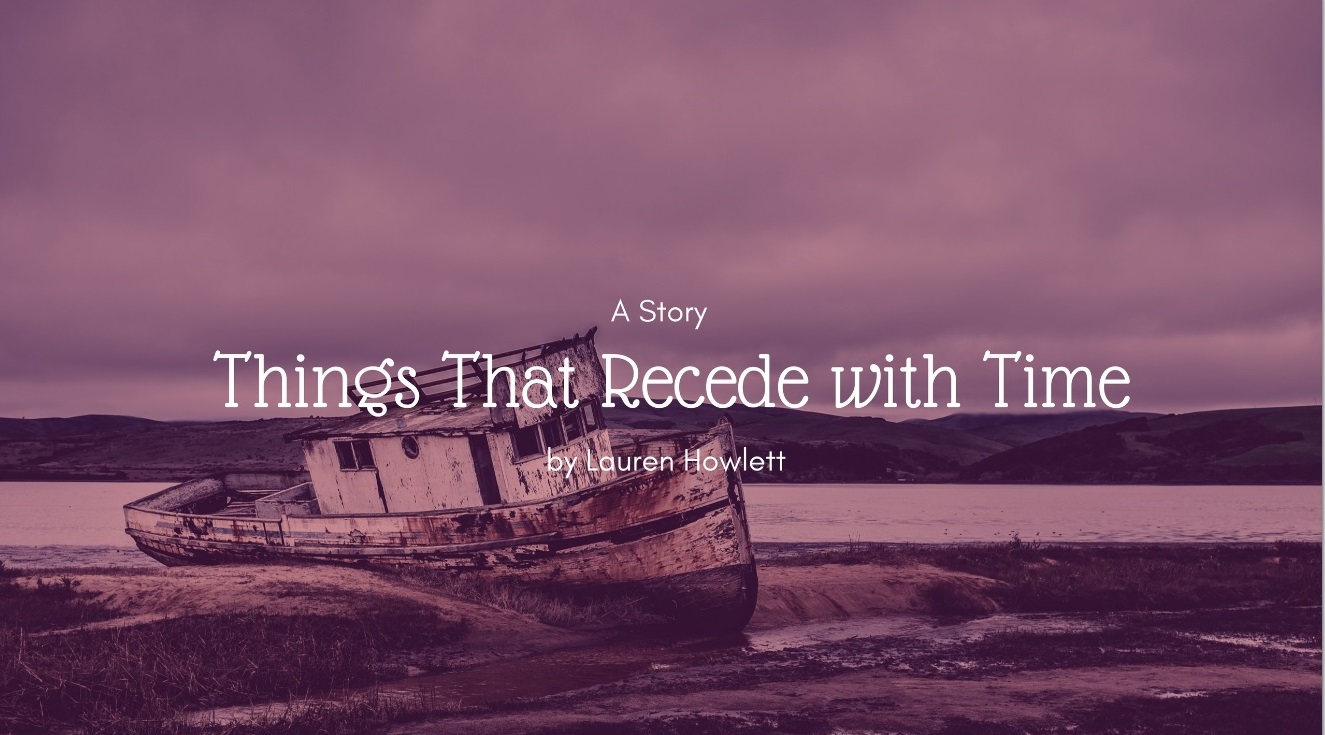 Things That Recede with Time

Invisible boundaries. The gum lines of aggressive brushers. Chins, if you’re a Hapsburg. The stamped fingerprints of once white shoes. Synthetic beards on aging tires, eroding like rootless rubber hillsides. Reflections of home in the rearview window. Oil on a hot pan, a screaming, droplet army retreating in disarray.

Hairlines, no matter the cheesy parlour tricks. Ice sheets, slowly, quickly, inevitably. And animal habitats, stamped out one-by-one by workers in heavy boots, their occupants left to live on in memory, in cabinets of curiosity, on postage and other memorabilia. Storm clouds, only after the party is over and the tents have been taken down. Pant legs to greedy hot cycles. The stomach-wrenching sense of urgency and sharp teeth of cravings. Prejudice, unfamiliarity, ignorance — one hopes. The number of people within the same generation, their chipped shoulders, once deep trenches, now backfilled and smooth.

Space in the closet, stuffed suitcases and skis forever edging closer, rubbing shoulders, embracing one another until extra picture frames, crumpled gym bags, dusty lampshades spring up with indiscernible parentage. Openness to new experiences, new acquaintances, new “fashion.” Feelings — separated, catalogued, and faded — until all that remains is a curated collection of snapshots of once great moments. Windows of opportunity, immense panes of glass dropping like sliding doors from the sky to separate us from our desires, leaving us to window-shop with saggy pockets from the side of the street. The ratio of cake to candles. The gap from one year to the next. A once admiral lifetime of savings. Memories of the old gods, our sacrifices, and how we got here. Plotted gardens, their grip lost in a futile tug of war with the creeping talons of nature and the craggy, raw-knuckle hold of chaos itself. Jagged peaks of once unreachable mountains, the rough hands of carpenter-like winds sanding down their edges for wider human consumption and snuffing up the shavings. Shorelines to insatiable currents. Waves, tucked to bed by the cooing maternal moon. The distance we’re willing to go for that same someone. The length of our misgivings. The breadth of our own failings. The shadow of our regrets.

Lauren Howlett is a short story writer living in Toronto. Her favourite animals include hot dogs, popcorn chicken, and coconut shrimp; she does not recommend the latter for those with allergies, or those opposed to shedding. Her work will appear in upcoming issues of the Impressment Gang and Meat for Tea and her short story Grey was recently named Highly Recommended as part of the London Independent Story Prize (LISP).