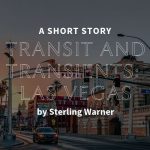 A familiar face entered the bus, bending like a willow tree reaching for water. Reaching into his boot, he pulled out a wad of bills, slipping a $20.00 into the fare machine. “Gimme a day pass and keep the change.” 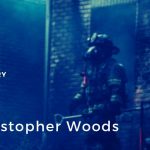 I just saw Dr. Mason. Now I know. It’s all happening too fast. Just two weeks ago, I finished training for our town’s Volunteer Fire Department. That’s when we got a call. My first. A house on fire. Neighbors said there were still people in there. We went in as best we could through the […] 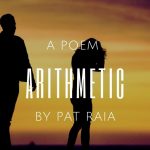 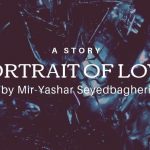 I take Mother’s picture to the dinner table every night. She smiles, still happy. I speak of my sister Nancy and Dad. Nancy’s writing. My mastering a Tchaikovsky waltz. 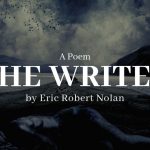 Eric Robert Nolan’s debut novel is the postapocalyptic science fiction story, “The Dogs Don’t Bark In Brooklyn Any More.” It was published by Dagda Publishing on November 19th, 2013, and is available at Amazon.com both in paperback and for Kindle. 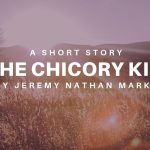 The chicory kid If it would get your attention, I could tell you that the boy in question wore colors and spoke street English. His death, while tragic, is part of the American argot, just the latest Indian who has duly given up his land. Deep in our psyche is a man who settles disputes […] 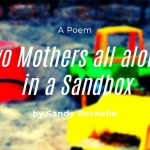 Sandy Rochelle is an award winning poet-actress and filmmaker. Her poems have been influenced be her son, David, who is autistic and deaf. Publication include: Formidable Woman, Visions International, Ekphrastic Review… 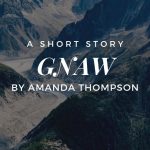 Paul wasn’t sure he could eat the hand of a fellow human being, but he was dying…. He took out the pocket knife with frost bitten fingers. Opened it. Held her hand a long time. Her flesh was pale. The painted fingernails looked like bloody claws. He shuddered. He definitely would avoid the fingernails. Still […] 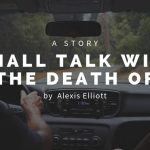 After 10 whole minutes of silence that’s all I had to say. What makes so unfortunate is that it has become the norm. How did two people who connected over their mutual hatred of small talk wind up being so fluent in this nonsensical language? 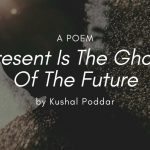