Martin’s driving fast and reckless. A bottle in his hand. His teeth clenched in an angry snarl. It started this morning. Late for work at the telemarketing company where his sales are down. His boss came in and fired him. 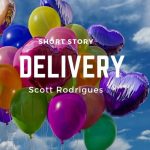 Darren Tanian stared wide-eyed at the party planner, a short bald man in a green polo and khakis named Chico. Darren said, “What do you mean I’m not getting paid?” 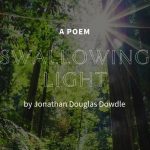 Jonathan Douglas Dowdle was born in Nashua, NH and has traveled throughout the US, he currently resides in South Carolina. Previous works have appeared or are appearing in 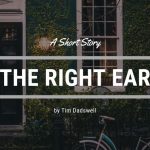 “You make your childhood sound gothic,” he’d said the week before. “Well, that explains the dress code,” I’d retorted. Deep down, I doubted that his detached observations, paired with my dry humour, would prove beneficial. Still, I was back. I was there because I’d reached out for help. Because I couldn’t sleep or work. Because […] 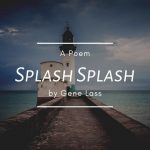 Gene Lass has been a professional writer for more than 20 years. He served as Managing Editor for KSquare magazine for most of its run. His work has appeared in Electric Velocipede, KSquare, and The Albatross. His first collection of poetry, Like a Moth on a Pin, done in collaboration with photographer Dawn Zellner was published in 2019. 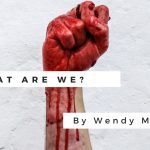 I wasn’t comfortable here, I should have just said “no!” The house was abandoned, and from what Kelly confessed to me while driving here, made me angry. 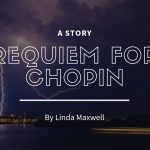 Elaine was lucky for two reasons. She had flood insurance and she had somewhere to go.

Her new life, far away from the dire-faced officials on the Public Access channel was finally coming into focus after the two-hour layover in Chicago.

B.J. Wilson is from Louisville, Kentucky. He holds an MFA from the Bluegrass Writers Studio at Eastern Kentucky University, a writing fellowship from The Hambidge Center for Creative Arts and Sciences, and a Pushcart Prize Nomination for poetry. His poems appear in Exit 7, Gravel, New Madrid, Tar River Poetry, Valley Voices and elsewhere. His first chapbook of poems, Tuckasee, 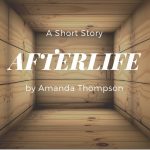 I never thought much about the afterlife. Until now. I can’t move, breathe, speak or hear and it is so dark all the time. If I knew it would be this lonely, I would have been cremated instead. Chuckling softly at the irony of it all, I pick at the maggots wriggling on my forehead. […] 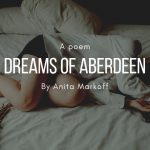 Anita Markoff is in her final months of an MA in English Literature -Film and Visual Culture at the University of Aberdeen. She has been published in ‘Spilt Milk’ magazine, with work forthcoming in ‘Meanwhile’ and ‘Reanalogue’. Femme but not fatale, she spends her time tending to her plants and daydreaming about women’s fiction.