You are here: Home / Featured / Driving by Jill Chan 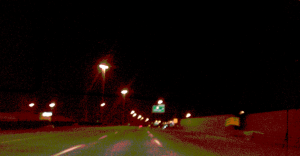 She didn’t know how to drive. She had tried to learn. Had lessons for months and months. Finally, she gave up. She thought, It’s beyond me. Plus, she had no sense of direction. When she went out, you were most likely to find her walking around in circles. Or playing with her sense of turning away, loosely condoning the future, the future of where and how people got there.

She had the uncanny ability to laugh at everything. Whatever you said, you were most likely to get a smile and a laugh. Her reactions were many but these were the most logical, the best honesty there was in the world, with her in it. Her laugh was worth many conversations put together. You could say a lot by agreeing with a laugh than by disagreeing with a smile.

In turn, she gave you nothing but a fierce demand. Even when you drove nowhere, she was there beside you, holding the map and turning it over and over, trying to find the place you were. If you were lucky, she’d find it after you arrived at the destination. She’d laugh again at her cautious inability. Sometimes, she’d shake her head slowly and find nothing in her ability to be silent but more silence.

She’d squeeze your arm with her thin, delicate fingers and everything would seem to dissolve into something like happiness or regard.

So many things eluded her: fear, assumptions, power. But she was not simple, far from it. She could see farther with her nearsightedness than you and your perfect vision. And in return, she asked for something more than you would find out.

Dependable in spite of it all. You would be lost and found with her. Enjoy the practice, the practicality of being where you most wanted but were afraid to know.

With her, you played no game but that which made you win without the benefit of a result. For each destination was a further road, a further middle toward an end. And you were always there at the start and in the middle of knowing her.

Jill Chan is a poet, fiction writer, and editor based in Auckland, New Zealand. Her poems and stories have been published in Enounce, MiPOesias, Blue Fifth Review, foam:e, Mascara Literary Review, Asia and Pacific Writers Network, Otoliths, Eclectica, Snorkel, Broadsheet, JAAM, Poetry New Zealand, Takahe, Deep South, Trout, Denver Syntax, The Tower Journal, Metazen, A-Minor, 52\250 A Year of Flash and other magazines. She is the author of The Art of It: Three Novellas (2011), and five books of poetry: On Love: a poem sequence (2011); Early Work: Poems 2000-2007 (2011); These Hands Are Not Ours (ESAW, 2009), winner of the Earl of Seacliff Poetry Prize; Becoming Someone Who Isn?t (ESAW, 2007); and The Smell of Oranges (ESAW, 2003). She is one of the poets featured in the New Zealand Poetry Sound Archive. Official website: http://www.jill-chan.com