You are here: Home / Ghost Story / Spirit in the Subway by Mark Tulin 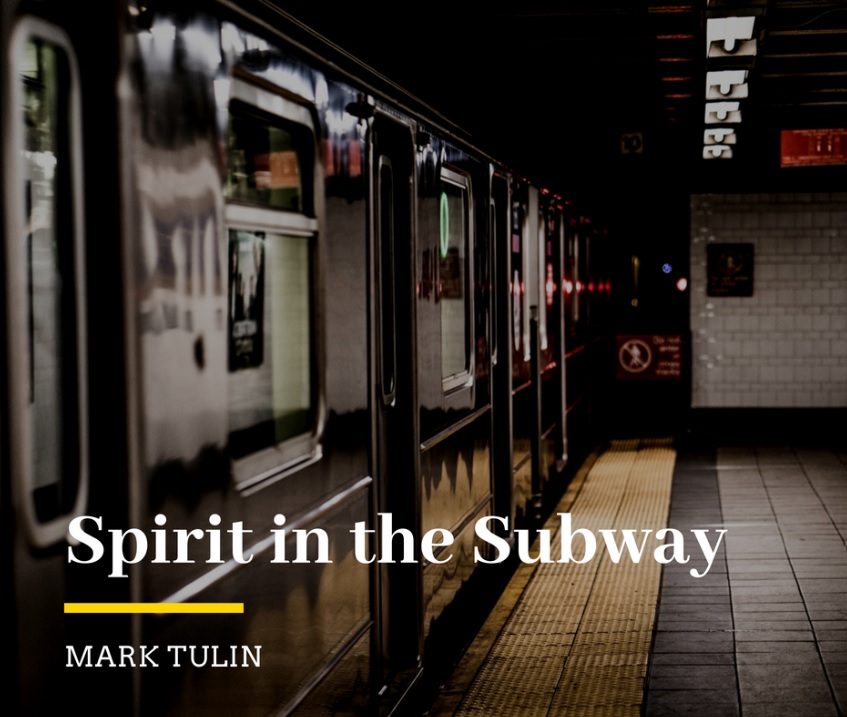 Spirit in the Subway
by Mark Tulin

The little boy could hardly keep his eyes open. He lay on his Uncle’s lap during the subway ride home. He always liked resting his head on his lap; it was safe there. He looked up at the ceiling of the train and stared at its empty space.

His mother died fifteen months ago. He heard someone say that she had cancer, but he didn’t know what that meant. His Uncle didn’t want to explain it because he was too young.

The boy knew in his heart that his mother would return one day. He hoped that his Uncle would believe that too, but he kept saying, “Your Mom is dead. You have to move on.”

When the train went underground, it felt like he was taking a haunted house ride with lights flashing and weird screeching sounds that made him think about ghosts and goblins. When the lights flickered and got dark in the subway caverns, it felt like he could hear a familiar voice.

As the subway screeched along, the little boy saw his Mom drifting above his head like a weightless astronaut. He could see her looking down on him. Her facial features were blurry, but he was sure that it was her.

“Mommy, I see you,” the little boy said without talking. “I can see your curly hair. I can see your hand reaching out. You’re here. I knew you would come back.”

He heard his Mom say not to worry about her because she’s doing well. “Although I am content now, I still miss you. You will always be in my heart.”

He wanted his Mom to come back home and sit in her favorite chair, to hold him and rock him in her arms. He wanted her to rub his back and stroke his hair. He didn’t want her to drift off to some unknown place where he couldn’t see her anymore. Tears fell from his cheeks as he lay on his Uncle’s lap looking up at the ceiling.

He could barely hear her say, “Listen to your Uncle because he’s your only family now.” She told him that she’s watching over him and that she’ll keep him safe. His Mom slowly evaporated into nothingness before he could say goodbye.

He fell asleep for the remainder of the subway trip home. When they got to their stop, his Uncle carried the sleeping boy in his big arms out of the train station and a few blocks to their home. Careful not to wake the little boy, he slowly climbed the stairs to put him to bed. The boy’s eyes opened.

“I saw Mommy tonight,” he told his Uncle. His Uncle smiled, kissed him on the forehead. “I know. I saw her too. Now get some sleep.”
​

Originally published in Friday Flash Fiction.
###
Mark Tulin is a retired Family Therapist from Philadelphia who now resides in Santa Barbara, California. His interests include yoga and stand-up paddle-boarding.  Mark writes about off-beat and complex characters, and often fictionalizes his childhood experiences.  He has been featured in Fiction on the Web, elephant journal, Friday Flash Fiction, Page and Spine, and others. His website is crowonthewire.com.  And his poetry chapbook is called Magical Yogis.