You are here: Home / Fantasy Story / Telekinesis for Beginners by Michelle Lee 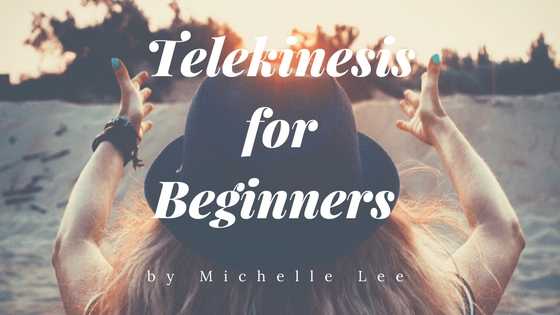 Step one: Believe in yourself.

At the ripe age of 21, Ariel lives in failure of that first step. She’s filing papers now, an administrative assistant at the Dropbox headquarters in the heart of Silicon Valley. She watches the computer engineers check in and out behind the front desk on the third floor, and all day this plagues her with a sense of inadequacy. She thinks about her upbringing in an upper-middle class suburb in San Jose, growing up with a cohort of soon-to-be computer engineers in her high-achieving high school. What went wrong with her?

Step two: Concentrate. Focus is key, as it is the medium through which all telekinetic force is channeled.

Ariel’s life was marked by a lack of focus. In kindergarten, she was hyperactive, running around in circles when playtime was already over, when the other children were sitting crisscross-applesauce politely without her. Ariel was a straight C student in high school, went on to community college, spent three years there instead of two, and ended up filing papers at Dropbox. She makes mistakes, this and that paper gets miscategorized, she’s too slow, gets distracted, gets scolded.

Step three: place a #2 pencil on the table before you. Direct all your concentration onto it; convert the powers of your focus into force and will it to move. With practice, you should be able to roll the pencil up and down a few centimeters, and within a week you should be proficient in rolling it across the table.

Despite skipping the first two steps, Ariel proceeds as the webpage says; her Excel spreadsheet of weekly lunch favorites is disregarded in the background. She wills her force at the poor pencil so strongly that she is squinting by now, her eyes narrowed into slits, her line of vision blurred. In this obscurity, the lines of the pencil seem to waver, and she is bestowed the perception of motion.

Step six: You are now ready to practice with the objects around you: be it lifting papers, crushing bottles, or bending water. The world is in your hands.

Ariel decides that the best use of her day is practice. Sitting there, she wills the corners of the flat papers on her desk to lift, fantasizes that one day she may use the ability to sort her files, that one day she won’t even need to. That she may go on shows, be researched by scientists, have a talent that is her own.

She sees her boss walk towards her briskly, but Ariel does not budge: only looks at him intently and uses the psychic energy to push him backwards: an image of him attempting to walk toward her but sliding back at the power of her force.

In the end, the article is a sham: Ariel’s boss reaches the desk, rests his hands on the surface, leans his weight onto it authoritatively.

“You haven’t been doing your work, have you?” he accuses.