You are here: Home / Featured / The Biggest Dance by David Kerr 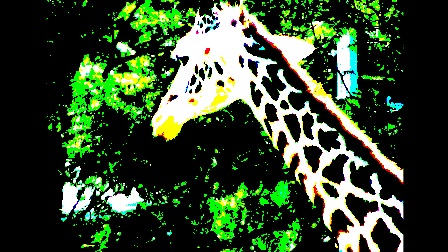 We burn the elephant and cow and lion every year, then we build them again the following dry season, after all the dances.  We perform the Big Dance to remember the way humans caused a stampede of all the wild animals when we invented fire.  And every year we burn the wood and grass animals to remember that first terrible forest fire.  For a few weeks the masked humans dance with masked animals in harmony as it first was.  But it doesn’t last for long, and we have to recall with shame that god Chauta climbed a spider’s web so he could live in the sky and get away from the fires we made to cook animals or melt metal for fabricating tools.  And now the forests are almost gone, some burned, some chopped down so we humans can cultivate, or to sell to the rich people to make furniture.  The wild animals too are disappearing. Chauta must be mad in his heaven, because we hear on the radio about planes crashing, and space ships going to the moon or Mars.  There must be an army of spiders building webs to the furthest corners of the sky, so Chauta can escape again.  Chauta has abandoned us, and who can blame him?  We’ve driven him away to where he can’t protect us.  In some places there are floods which drown the people, in others no water at all and we die of thirst. Perhaps Chauta has gone to find another world where the animals and people and god all dance in true harmony – not just these spirit-filled sisal masks, but the bodies and souls united. Now my legs are growing old and my knees creak, I wish I was in that world of the biggest dance.

David Kerr, born in UK, has lived most of his life in Africa (working at Universities in Malawi, Zambia, and, at present, Botswana).? He is a practitioner of theatre and media for transformation and human rights, about which he has written widely.? His collection of verse, Tangled Tongues, was published by Flambard in 2003 and a pseudonymous novel Passages by Brown Turtle Fiction in 2008.